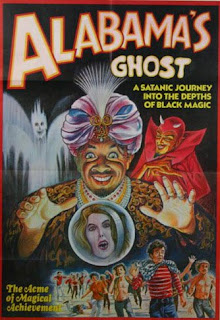 A few weeks ago I reviewed Godmonster of Indian Flats, an ignored B-movie that I felt showed great potential. So much that I decided to seek out the director Fredric Hobbs' other work. I discovered that he was both an artist and an experimental filmmaker. Godmonster of Indian Flats may not be considered a masterpiece, but it's far from your every day low budget 70's monster flick. It has this bizarro flavor and a stark sincerity that struck my fancy. I found out that the same year Hobbs made Godmonster, he made a blaxploitation horror movie called Alabama's Ghost. Naturally, I tracked it down immediately.

Alabama's Ghost teeters between avant-garde and nonsensical. The movie starts with a dixieland jazz band performing the title track while the end credits role. The story revolves around a black handyman named Alabama who accidentally drives a fork lift through a wall in the basement of the club he works at. He starts exploring and finds several chests full of a dead magician's belongings. Amidst cloaks, cards, endless handkerchiefs and other magic gimmicks he also finds the Great Carter's stash of mystic ganja. Apparently the Great Carter had been developing a special hash to control minds. In it he finds an address to a little old lady's shack, the supposed sister of the Great Carter. He decides he's going to go and blackmail her for the use of Carter's magic garb so he can get rich and famous. At no point during this movie does Alabama seem like he has any clue what's really going on, much like the audience. The old lady turns out not to be an old lady at all. She's actually the leader of a world wide vampire cult. 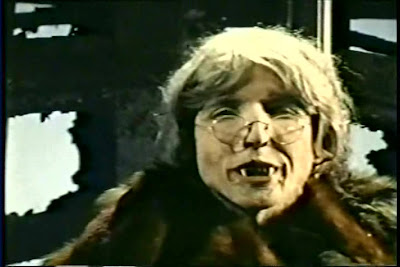 To fulfill their own plan of world domination they need Alabama's body for...what, I'm still not quite sure. At one point this phrase is uttered...


"Doctor they have a twin Frankenstein. They're trying to kill Alabama!"

So I think that may have something to do with it. I'm getting a little ahead of myself though. So Alabama carries on his plan of mixing magic with a prog rock. He and his band tour the country and he becomes rich and famous. Unfortunately he keeps being haunted by the ghost of the Great Carter. 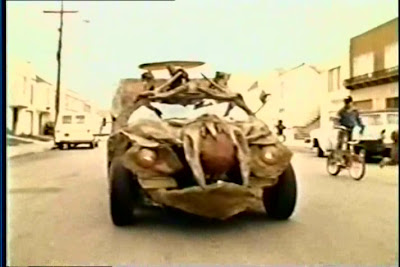 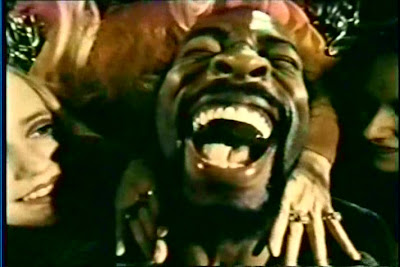 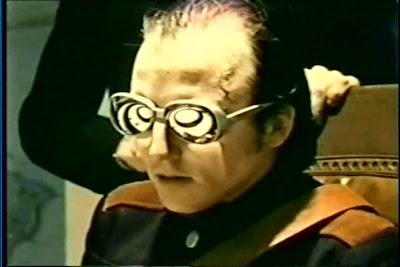 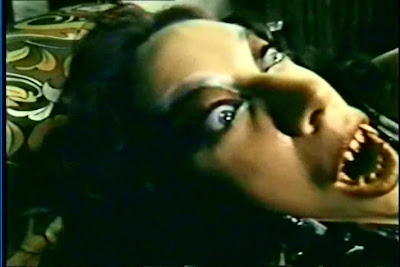 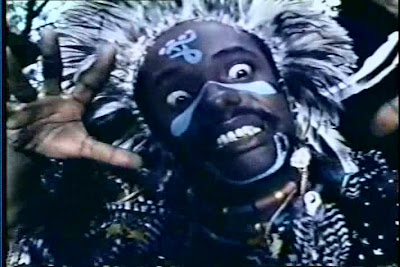 There was lots of wackyness to please my sensibilities. It's a wild, psychedelic, freakshow from a truly underrated auteur. I was happy to see almost the entire cast of Godmonster of Indian Flats starring in this. I especially liked Peggy Browne, who played Zoerae, the vampy broad who seduces Alabama. Her performance stood out in Godmonster and it stood out here too. She delivers her lines with allure and I really dug her presence. The actor who played the Great Carter, E. Kerrigan Prescott is my favorite though. It's obvious that he's a great thespian but loves to ham it up. He did mostly TV, but I was thrilled to see he was also in Arthur Crabtree's Fiend Without a Face. His character was the most fascinating part about this movie to me. I could be reaching here, but I got the impression that he was intended to be an homage to Dr. Mabuse, by using mind control from beyond the grave. Even kind of looks like he did in Testament of Dr. Mabuse... 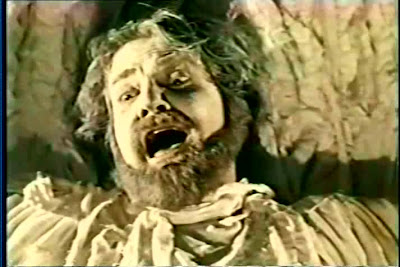 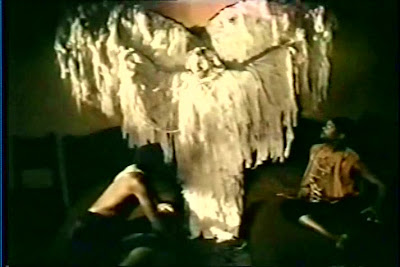 Alabama's Ghost is baffling, bizarre and purposely politically incorrect, but to a select few those are precisely the reasons to watch a movie like this. There's much more that I haven't mentioned because I truly feel this is a film that garners repeat viewings. Jam packed with the good stuff, Like Nazis, an elephant, and voodoo mysticism. This movie is a gluttonous nutty free for all and is a beautiful reward for actually enjoying Godmonster of Indian Flats and doing the footwork to find more like it. I still haven't been able to find any info on Hobbs' first film, Troika being available in any form, but I'll keep trying. Now as soon as I have the funds I'll just have to make the leap and buy Roseland and put this Hobbsian triple feature to bed.
Posted by Scumbalina at 3:19 PM