In lieu of losing that massive ‘get reacquainted’ blog I’d been working on for half the week, I’ll probably be keeping my next few blogs brief. I’ll also be typing them out in Microsoft Word like I should have been the whole time.

I wanted to mention a heart warming video compilation that has sky rocketed to favorite-among-favorites. Everything is Terrible 2: Tokyo Drift.

I bought the original, Everything is Terrible: the Movie , on my first visit to Amoeba after the move. I've always loved Video Mixtape comps such as is this, and there are so many if you know where to look! One of the most popular (and BEST) is 5 Minutes to Live’s Lost and Found Video Night. They've been doing it for a long time and I are up to volume 10. I've seen about half, some are better than others but over all it’s a noble feet and will be sure to keep your friends entertained at any gathering. There’s also TV Carnage, which happens to be my least favorite. Despite their misleading magical cover art, the tone is much more serious. Parts of it could fall under reality death video, and that’s not what I’m into at all. I want pop culture, flashiness and camp. Bad movies, bad commercials bad haircuts. I want what Tim and Eric satirize.There are still quite a few I haven’t seen yet. The video mixtape genre is timeless and limitless. Check out ‘Not Coming to a Theater Near You’s blog on the subject to read up on a few others. 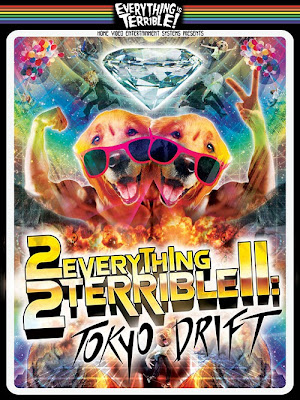 Then there’s Everything is Terrible. The first one is a wonderfully entertaining video mixtape. They make their own little creative embellishments in the editing room which I think really adds to the spirit of the parody. I laughed all the way through and immediately wanted to show it to my friends: Mission Accomplished! I of course had to go back for the second one, I had no idea that it could possibly be better. BUT IT WAS! I fell in love with 2 Terrible. Not only does follow a narrative (Jesus vs. the Anti-Christ AKA Duane vs. Baby Hitler) but it has a philosophy. Their slogan “If Everything is Terrible then nothing is” says it all. It’s a way of life I adapted a long time ago, before Everything is Terrible entered my life. Hunting for oddities has become a normal part of my shopping routine. Unlabeled video tapes at thrift stores are potential gold mines. Everything is Terrible knows this and has obviously put a lot of effort into making it an art.


I also can’t help but be reminded of one of my favorite dvds of all time. Sort of a video mixtape, sort of  it’s own thing. Paper Rad’s Trash Talking. Half of the dvd is their own abrasive neon midi saturated video toaster edited animation, but the other half is a sensory overload of pop cultural mishaps. 80’s commercials, Moonbeam movie clips, strange fantasies about Garfield. All woven together in fluorescent package, tied with a radioactive bow that you’re almost afraid to touch because it could blow your face off and burn your shadow. 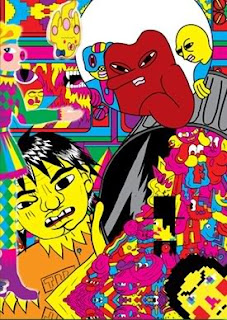 That was MY take on it anyway. I've met a lot of people who dislike it for the music or animation style, but even to those I might suggest Everything is Terrible 2. It’s more straight forward and features the same Video Mixtape elements and only slight embellishments on the curiosities themselves.

They also add something called ”Three Minute Movies”. Where they sum up a bad movie into three minutes of awesomeness. This lead me to one of the greatest cinematic discoveries of the year to date. 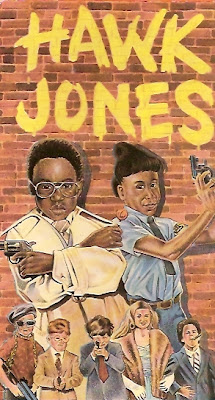 The best movie ever starring a cast entirely of children. He’s a tough 8 year old cop and he doesn't want any broads gettin’ in his way. This movie is actually pretty funny,and even somewhat intentionally which is rare for this kind of pursuit. Just one of the many treasure to behold on Everything is Terrible 2: Tokyo Drift.


So I guess that’s it for now. What’s your favorite Video Mixtape? Have you ever made one of your own? Or found something absurd that should make it to one of these tapes? Let me know!

Until next time, give it up for our Lord and Savior...DUANE...

Posted by Scumbalina at 2:38 PM