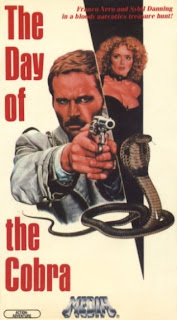 I'll watch just about anything with the eternally handsome and talented Franco Nero. The Fifth Cord was my first Nero movie and ever since I've been hooked on just about anything with him on the bill. His on screen presence is magnetic and even when he does schlock his performance always stands above the rest. I'd been wanting to dive into his Euro-Crime thrillers and this Enzo Castellari (Inglorious Bastards, Keoma, 1990: The Bronx Warriors) flick seemed like a good place to start.

A third rate gumshoe formerly known as "the Cobra" now getting payed to follow cheating wives and finding lost pets. He was once the best but after spending three years in jail thanks to super criminal "Kandinsky" his career and life in general has suffered. He's rehired to solve the murder of an American narcotics agent by his former employer. They know that Kandinsky is responsible for the murder and a big time drug ring. Who better to go after this guy than the man with a personal vendetta. 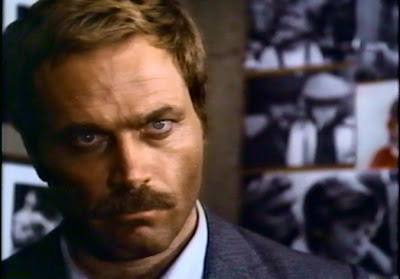 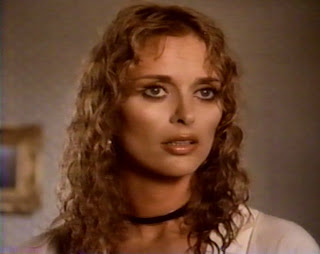 Entertaining but still somehow lacked the seamless grit that Italy's crime movies are famous for. The story was a bit routine but thanks to the great acting and a karate chopping transvestite it maintained itself nicely. I read that it's very similar to another Castellari team up called High Crimes, which I haven't seen yet. Based on what I can guess this movie seems like a watered down version of it.

Sybil Danning was especially sexy in this movie. The boy who played Franco Nero's son is his son in real life, and the unseen Kandinsky was played by an uncredited Michele Soavi, the director of Cemetery Man, the Church and StageFright (1987). The theme song "I Don't Give a Damn, I Am the Cobra" is enough the carry this movie's coolness in my book.

The Day of the Cobra is a decent entry in the epic genre of Poliziotteschi. Not the best, but better than a lot that's out there. If you're a fan of Nero and Euro-Crime, I say give it a go! 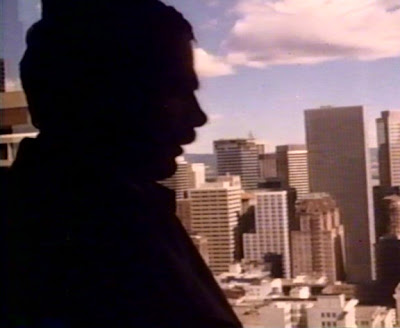 Posted by Scumbalina at 3:50 PM