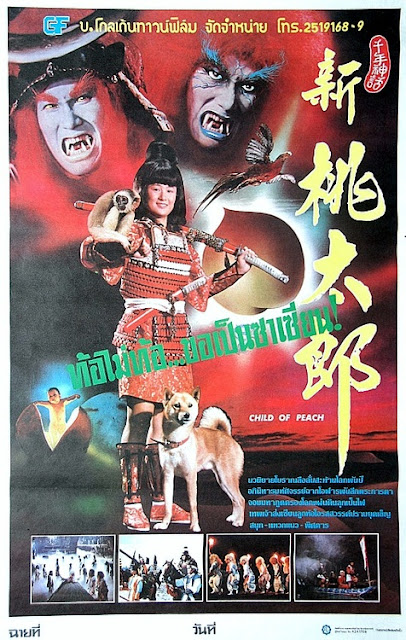 As you may know, I have a particular fondness for foreign, weird, archaic or just plain horrible kids movies. Despite having seen lots of other Asian fantasy flicks, but I realized that Taiwanese films, at least as far as family films are concerned, are relatively new to me. So I was more than up for the challenge. My  introduction to the world of Peach Kid was by stumbling upon a clip from the second film on youtube while doing some cultural mining. I plan to review that film later, but if you'd like to see the clip, click HERE, it's only 34 seconds and will make you a believer. 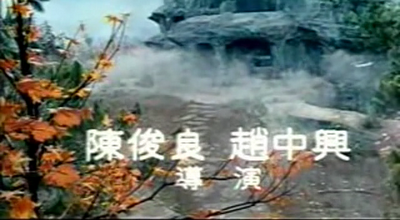 So I sought it out (plus the sequel) and let it collect dust for a few months, as I do, before finally feeling the need to engage in some cute Taiwanese kung-fu fantasy peach loving weirdness. Thankfully my copy had subs, but they were very soft and bleeding through the image at times so much squinting was involved. The story begins with a family living in an enchanted (or is it radioactive?) garden. A man and woman along with  their baby, protect a mystic sword and are aided by three anthropomorphic animal children. One, a "cock" (or just "bird" if you prefer, which in this case I do as it is not a term I find easy to use in reference to a kid running around in a feather suit), another, a dog and the last, a monkey. These animal children can shape shift at will and despite their petite childlike frames, are little magical fighting machines. One day a villainous tokusatsu looking bad guy named "King Devil" comes along to steal the mystic sword. A fight ensues, the animal children are blasted out of frame and the man protecting the sword, the garden and it's inhabitants is killed. His wife is struck by some kind of laser beam as well and I can only assume she eventually dies too because, the last we see of her is placing her baby inside a giant peach (who without hesitation sends it's pit flying to make room) and instructs a magical little fairy (who decided to pop in unexpected) to make sure the peach takes good care of her baby. End scene. 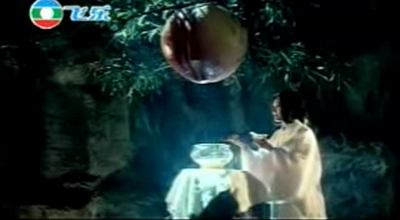 The giant peach, which can fly by the way takes the baby far away until it finally encounters an elderly childless couple. Though at first the peach is off put by the couple since, naturally, they try to eat it. An extended chase/fight scene follows where at one point the granny is set on fire and the peach "pisses" on her to put it out. I'm not kidding about that part. At first I was like "oh, it's just peach juice", but the old lady announces that it's salty and then becomes increasingly angry because the peach uses her as it's own personal toilet. It even says "piss" in plain English on the screen. 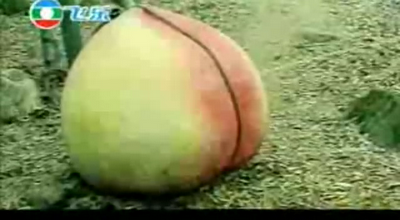 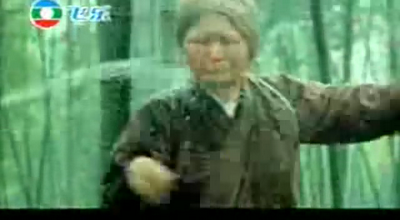 
After all of this chaos ensues, the peach is pretty much over the whole thing and is ready to decimate the oldies, when the fairy steps and and assures the peach that they're good people and would make perfect adoptive parents for the little peach baby. So, out hatches Child of Peach. 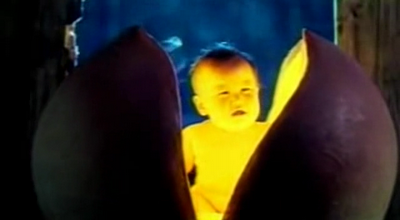 From here on the story basically follows peach child growing (very quickly) and developing his super strength. When Peach Kid becomes a big Peach Kid, the audience may notice that he's a bit on the effeminate side. That's because, the actor they chose to play Peach Kid is actually an actress. Lam Siu-Lau, who made a whole mess of fantasy action flicks in the 80's, all of them I'd like to see. When King Devil begins his reign over the village, using the power of the stolen sword, Peach Kid steps in to defeat King Devil and his group of demonic minions. There's one particularly cool scene where we get to see King Devil in what I can only assume is Hell (wouldn't "King Devil" be Satan?) and all of his demon lackies are kind of meandering through the foggy darkness in a somehow very effective Jigoku-esque scene that makes me totally not want to go to Hell. Totally. Because, you know, I needed Child of Peach to convince me. 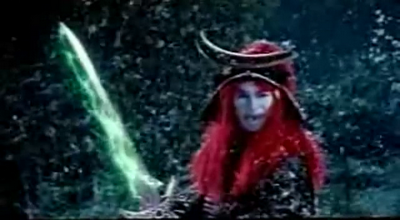 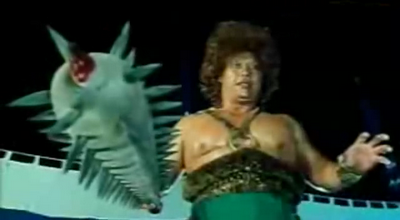 The middle part of the movie lost me a bit. All of the action, fantasy, costumes, and special effects were great but occasionally with foreign films such as this, the humor is lost in translation, at least for me anyway. I notice it more in certain cultures and with certain genres more than others. Family films are tricky because they're meant to be light so lots of silliness and general joke telling gets thrown around. When you're not apart of that culture it can feel like a whole lot of filler. Thankfully, Child of Peach didn't lose my attention for too long before coming back strong with an amazingly fantastic finale that totally left me anticipating the next film in the series.

Kind of spoilery, but who cares...?

My two favorite moments in the final showdown against King Devil...

1. The animal children come back with a vengeance.... 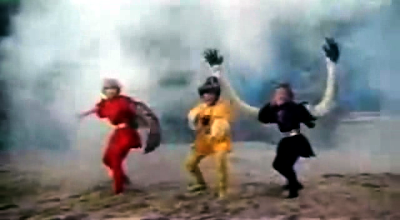 Those monkey arms are KILLIN' me! 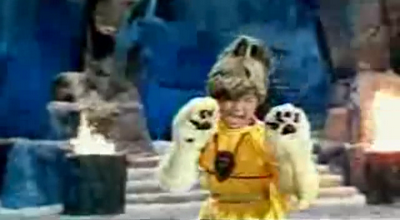 
Now they are half animal/half human. Well...make that mostly human with obscure animal arms and generally disproportionate body parts.


2. We discover that when the peach is cut into pieces with the mystic sword, it reassembles itself to me a marrionette-esque peach MAN. 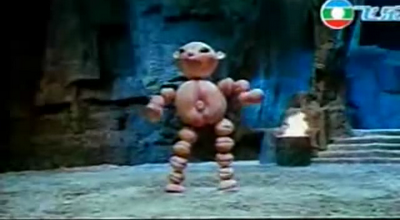 WOW. you gotta see that thing in action. It's so fucking cute.

So Child of Peach was a success. My first Taiwanese kid's movie and it was a gem. And if the aforementioned youtube clip and all of this magical goodness wasn't enough to convince you to stick around for my review of the second film, perhaps this title card will do the trick. 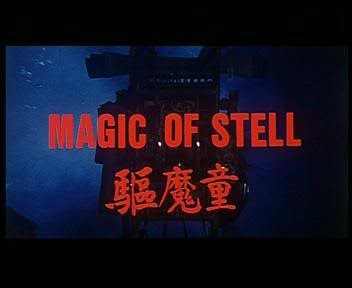 Until next time, my beastly kittens...

P.S... I'm still a little confused about the year it was made. Several other review I've come across have said either 1986 or 1987. IMDB said 1984 but it also seemed to have the wrong actress listed as Peach Boy. Very confusing. If anyone cares to chime in I'd love to put this baby to bed.

P.S.S. All of the pictures used were borrowed from fellow bloggers because I'm a lazy fart. Sorry, guys. But check out Die Danger Die Die Kill and Golden Pigsy's sites. Both fine blogs who you should visit more often.
Posted by Scumbalina at 7:34 PM