Five years ago, just a few months before moving to California, I found myself rediscovering a beloved video store in my hometown Panama City, Florida. If you're a longtime reader you may remember that this became somewhat of an event. I was buying out some crappy dvds from the diminishing Movie Gallery's of Bay County and discovered that the Mom and Pop Video shop I frequented during my adolescence was still "thriving". They were however switching from VHS to DVD /BRD. Their tapes weren't exactly cheap, around $5 a piece and at the time I had no real sense of their worth. All I knew was that I knew they'd be gone soon and I wanted them. So many self-realizations and elements of my personality were formed with the discoveries made in that store. The staleness and dingy carpet felt like forever. They certainly smelled like forever. But of course, it wouldn't last. Video 98's days were surely numbered, as are all rental stores of this ilk.

I just arrived back in town from a visit home and in doing so I had to check in on all my old favorite haunts, most of which are gone or so different that they might as well be gone. The most upsetting of which was inevitable closing of Video 98. 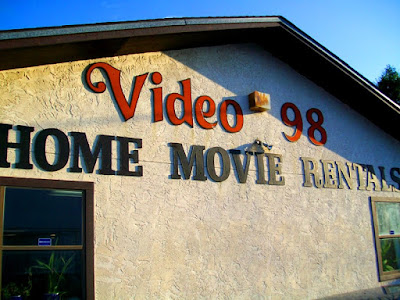 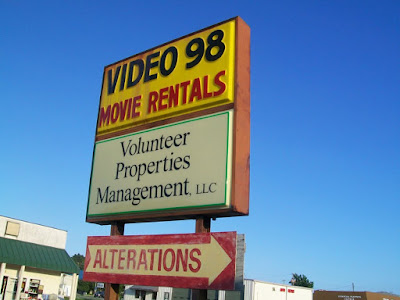 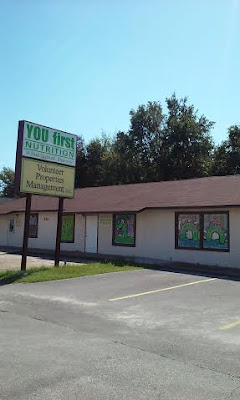 The remains of Video 98 today. Even the sky has lost it's color.

Whatever that business is, I bitterly wish them failure. I don't have much to add except that this was a sanctuary - seeing it again felt kind of stupidly Cinema Paradisio-esque, as did my whole trip. A sad and scary 'can never go back' feeling that makes me feel uncomfortably adult and vulnerable. So consider this a belated funeral procession for the late Video 98.


To read some of my old 'Video 98 Collection' review, click here.
Posted by Scumbalina at 11:51 PM 2 comments: