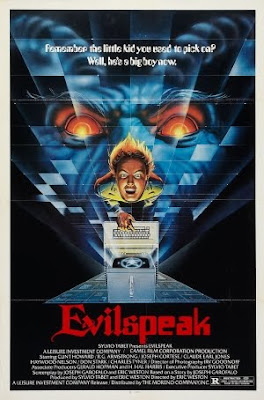 I've been wanting to see Evilspeak for a long time due to my unnatural obsession with Clint Howard.  I remember seeing movies like Ticks as a kid and the cover  for Ice Cream Man (review coming soon) and thinking that he was utterly horrifying looking. Something about his face made me very uncomfortable as a child. In fact, I thought he was quite grotesque looking but as I grew older this fascination grew into somewhat of a strange crush. This is a big step for me, I don't think I've ever verbalized that. He's still by no means an attractive man, but he's a phenomenal character actor and lord knows I love actors with character! I think it was seeing one of my all time favorite 80's movies, the Wraith , for the first time that put me over the edge of my Clint obsession. That was the turning point from "there's that guy again..." to "ok! I need more of this guy!". It's getting to the point that I'll soon be renting brother Ronnie's movies just for Clint's obligatory cameos. 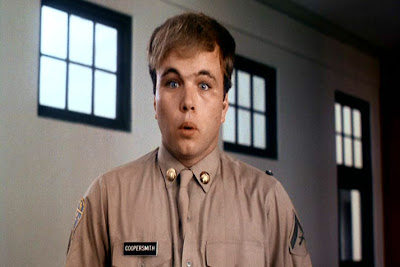 So I finally made the leap on one of Clint's few leading roles, the 1981 satanic horror movie, Evilspeak. The movie opens with an ancient sacrifice being performed by your typical black robe clad cult. Jump to present day, Howard plays "Coopersmith" , a young dork at a military academy who is absolutely tormented by the other students and even the staff! When he's the reason they lose a soccer game he's punished by having to clean out the chapel cellar. While doing so he finds a hidden area that seems to be a devil worshipping dungeon. All the books are in Latin, he takes one to be translated by the school library computer. The incantations in the book make the computer come to life by demonic possession of the guy (Esteban) who we saw perform the sacrifice at the beginning of the movie. One can presume he is some kind of High Priest of Satanic worship.

(more review and pictures under the link).... 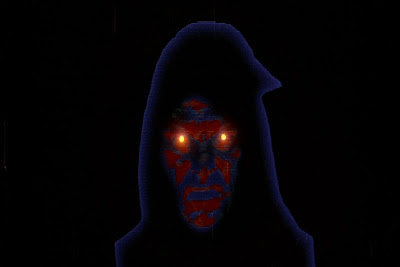 As Coopersmith's personal life is becoming more and more grim he finds himself more and more interested in his discovery. After a while, you can't even really blame him. The gang of asshole guys who pick on him are just horrendous. It's the kind of mean spirited bullying that is just begging for the inevitable violent retribution. At one point the school cook who is kind to Coopersmith gives him a puppy. It just so happens to be one of the cutest puppies of all time. I knew this was foreshadowing for some kind of awful event that would make me cringe. 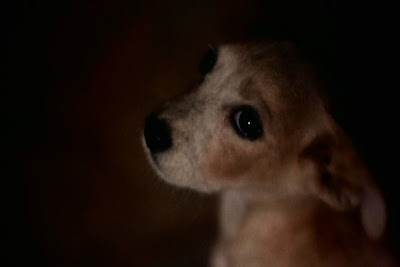 Coopersmith becomes more obsessed and the bullying persists. He's being beaten, humiliated, his school projects are being sabotaged and of course the teachers, coach, principal and Reverend are always against him as well. They think he's a bumbling fuck up and he gets on everyone's nerves. It gets worse. Yes, the gang of bullies kill his puppy. Brutally. AND LAUGH ABOUT IT! You hate them all so much that you find yourself rooting for Lucifer. The build up is a little slow and painful, not because the story isn't interesting, just because very little action is happening. You're primarily witnessing everything he has to endure. The whole movie is leading up the poor Coopersmith's undoing. When he finally snaps he brings the wrath of Satan with him and it..is...AWESOME! 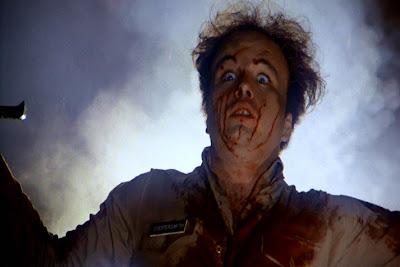 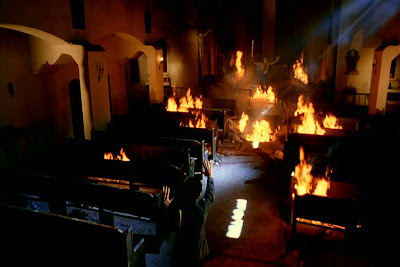 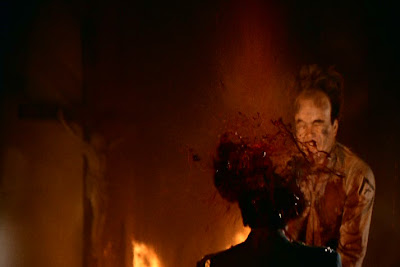 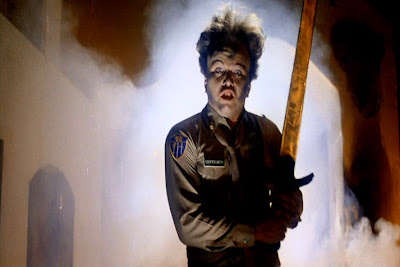 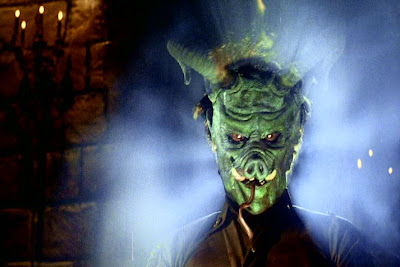 At one point in the movie the computer screen he's translating incantations through reads something to the effect of , the world is inherently evil, therefore Satan must be God , that's not the quote, but it's the basic message. I think that's generally the idea behind the whole movie. Coopersmith is one of the only decent human beings in the entire film. In a way it plays out like some sort of vengeful salvation. Satan had no interest in animal sacrifice, he wanted human blood. So when Coopersmith finally turns to Satan (God, in a cinematic manner of speaking) and is given the power to bring the fucking wrath of Hell fire. The bad guys are all decapitated and eaten by demonic pigs... and all is right in the world. Well, except Coopersmith ending up in an asylum. Perhaps it was a martyr situation? He rid the earth of puppy killing scum. I won't be convinced that it wasn't a good deed. This is my theory on the Evilspeak Universe, take it or leave it. 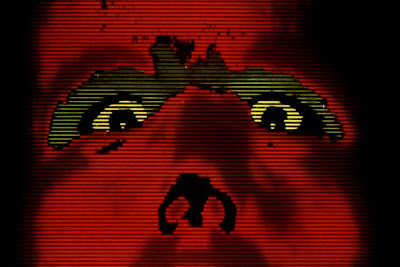 An underrated entry to the devil worshipping horror yarn. A sub-genre that has effectively freaked people out for decades. Great acting and minimal cheese. Awesome climax and LOTS of my beloved Clint Howard.
Posted by Scumbalina at 10:20 AM