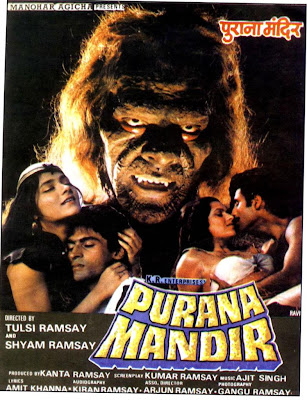 I don't claim to be an expert on Bollywood horror, though it has always appealed to me. There's such a small output for it, so like most good things, you have to actively hunt. My introduction to the genre happened in my late teens when I first started collecting hard-to-find movies. I came across a little Nightmare on Elm Street rip-off called Khooni Murdaa, which if you have any base knowledge of the genre I'm sure you're familiar with. It was a gateway drug , so to speak, and served as an entry level pass key to the fascinating world of Bollywood Horror. Now to be fair, Khooni Murdaa wasn't really that great. Going from that to the Ramsay Brothers was a huge leap. I later saw Bandh Darwaza and found it to be worlds apart in quality and entertainment. The settings, the atmosphere and exceptional portrayal of an Indian Dracula by Anirudh (Ajay) Agarwal. A hulking 6"7 giant dude. He's got an enormously scary head. More than anything, the size of his head scares me. Yeah, it's really big. I was pleased to the learn that in addition to Bandh Darwaza, he also plays "Samri", the monster in Purana Mandir. 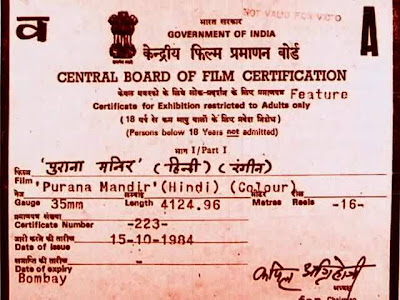 Before I move on to the review, I just want to mention how much I love these certification cards at the beginning.of EVERY Bollywood movie. 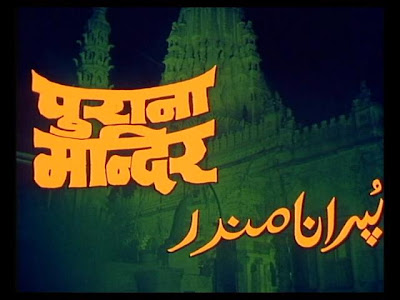 Purana Mandir translates to "the Old Temple", which is where the story begins. Big ol' ugly Samri is going around killing people, to put a stop to his evil reign the King has him captured and couriered to be decapitated in front of the village. Naturally, in bad guy fashion, Samri curses the king so that all of the women in his family will die horrible deaths during child birth. Two Thousand years later, in present day, the king's heir, still haunted by his wife's death, is now concerned for his beautiful daughter. She will inevitably be attracting the attention of potential husbands which only brings her closer to her doomed fate. He soon finds out, she's already met someone, they're in love and all that crap. They want to get married. He tells them all about the curse in hopes to guilt trip the suitor into bowing out. Instead they decide to go to the old temple in attempts to disprove the existence of a curse. Of course, Samri is resurrected and all kinds of monster-y stuff happens. 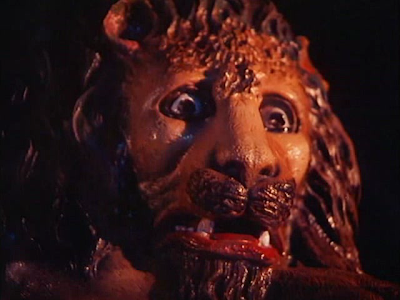 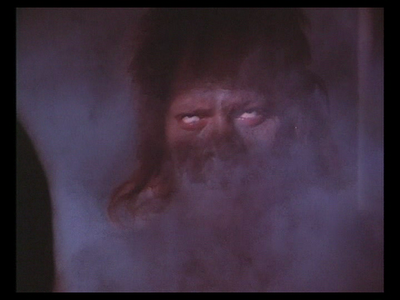 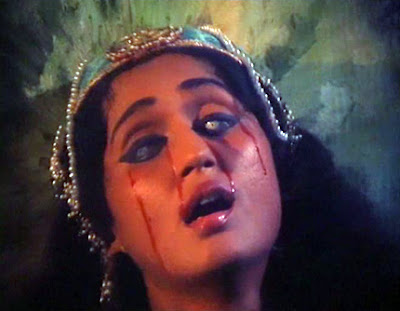 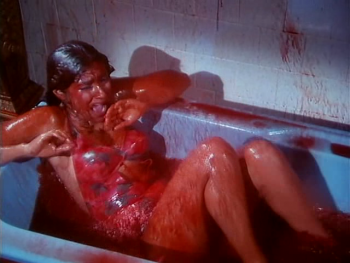 I did like this one, and I hate to be the jerk who complains about the running time of movies but it was really putting the hurtin' on me. I was totally into the Samri story line and even didn't mind the love story or the song and dance numbers, in fact I anticipate all of those things. Purana Mandir is considered by many experts of Indian film to be the first solid horror entry to the Bollywood cannon. Sure, there had been horror elements in other films and the Ramsay brothers themselves had been working towards the horror genre for years but with the ever growing popularity of the Halloween and Friday the 13th films, this kind of monster movie hadn't been made regionally yet. The Ramsay Brothers wanted to do something like that while still maintaining the flavor of Bollywood. It was very popular and is still considered a classic. That being said, based on my admittedly very limited knowledge of the genre, I felt it was trying to be too many things. There's a huge amount of comedy in the middle section of this 2 1/2 hour epic that was lost in translation. From what I've read this sub-plot was parodying a famous movie and was hugely successful at the time. The audience was litterally "rolling on the floor" laughing in the theaters. Then there's me sitting my bedroom with a blank expression on face. I'm not apart of the culture so I can't accurately gauge the relevancy of this plot point. But as a non-partisan movie go-er, it lost me for a good chunk of that mid-section. Whether or not this aspect of the film was popular and successful doesn't change the fact that's it's uneven. But I digress...

One thing I always thought was interesting about Bollywood films is that despite whether they're horror or romance or action, first and foremost they are Bollywood films. There will always be signature song and dance routines and you can bet that you're butt will be in that chair for a minimum of 2 1/2 hours. This isn't a bad thing, I just find it interesting that in the past century the genre has been tweaked a little this way or a little that way and modernized for sure but has never really strayed from the formula. 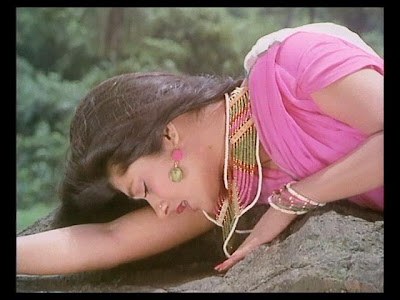 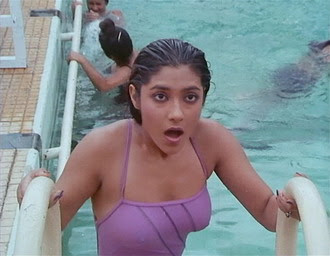 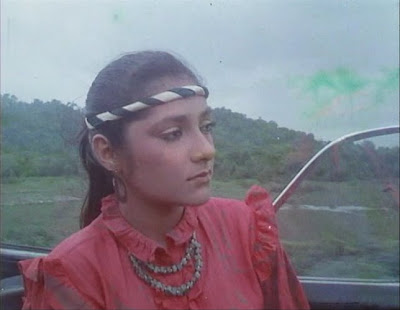 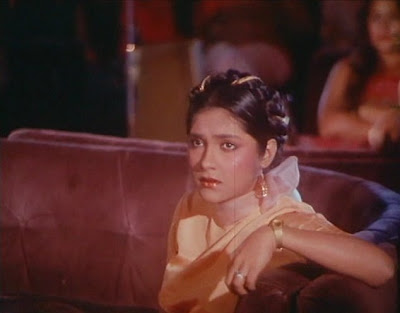 Aarti Gupta was a total babe and I love all of her clothes in the movie!

While on the subject of clothes... 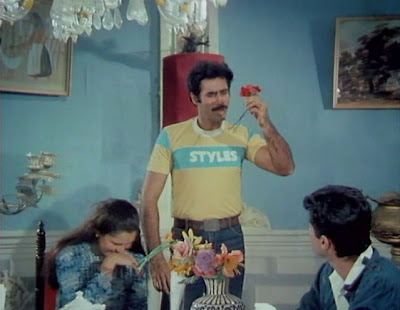 And I can't move on from this subject before I mention... 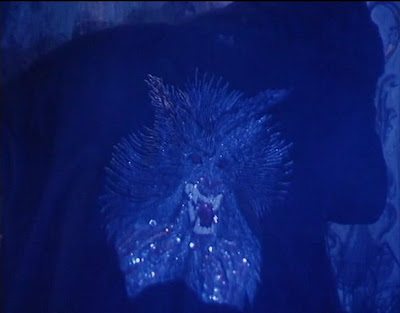 Samri's FANTASTIC bedazzled wolf jacket. I suspect this jacket had something do with his tough guy demon persona. It HAS to be related. This is some Kenneth Anger shit.

I love the rural aspects of Bollywood horror. There's a real sense of isolation there. To my foreign eyes, it's exotic, alluring and dangerous. I can't discredit the fact that at times Purana Mandir was legitimately creepy. All humor and dancing aside, the atmosphere is really something and for the Ramsay brothers first serious attempt at horror, they did a damn fine job and most importantly, they gave India a monster. Samri.

I still prefer Bandh Darwaza slightly. Less comedy, less dance numbers, more straight up horror and I still get to see Ajay Agarwal be a total creep face. I think by then they had honed their art, although I'm sure many would disagree. But the influence of Purana Mandir cannot be denied. It's a landmark film and once I got over my Westernized need to be constantly entertained, I really dug it.