Few stories have been told as many times with as many variations as Alice in Wonderland. Seeking out the film versions was more relevant to me in my post-adolescence. In the early part of my womanhood movies like Svankmajer's Alice and Valerie and Her Week of Wonders helped me find definition. Not only were they taste defining but in many ways character defining. I know I'm not the only person to take something away from any given translation of the tale. 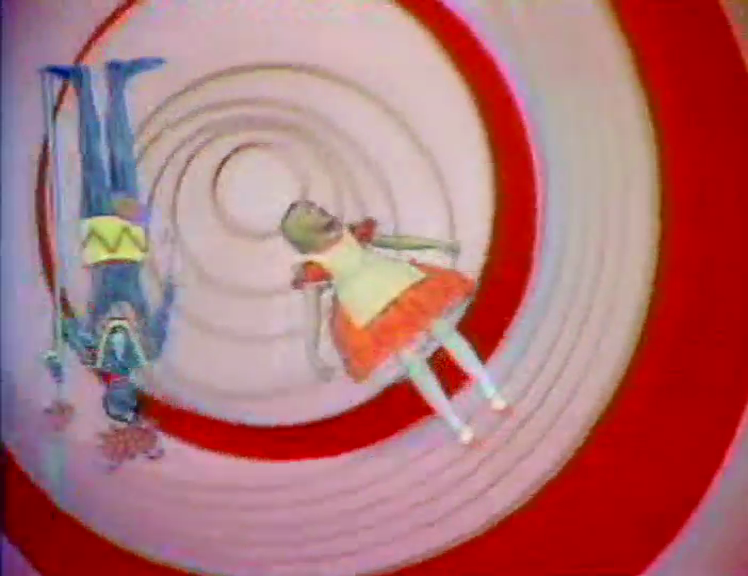 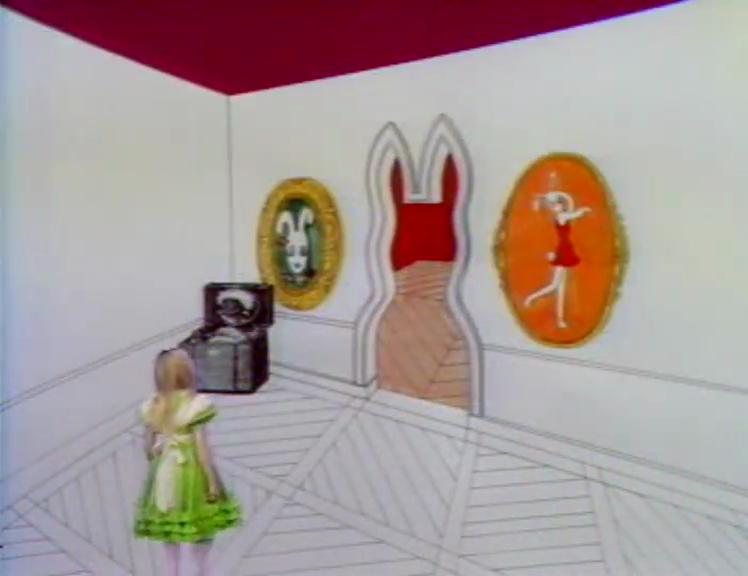 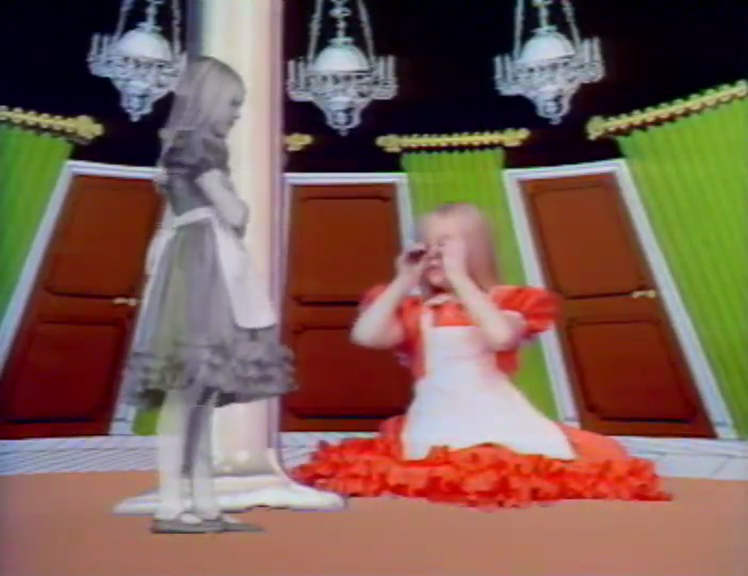 It would seem that at some point in my movie-watching career I reached an unconscious decision not to actively seek out this once a desirable fairy tale. This may have had something to do with the Tim Burton film or it may have already been in the works, whatever the case may have been somewhere along the line without knowing I lost interest and felt another film version would likely not offer me anything new.  My attention went to new and interesting fairy tales from other parts of the world. 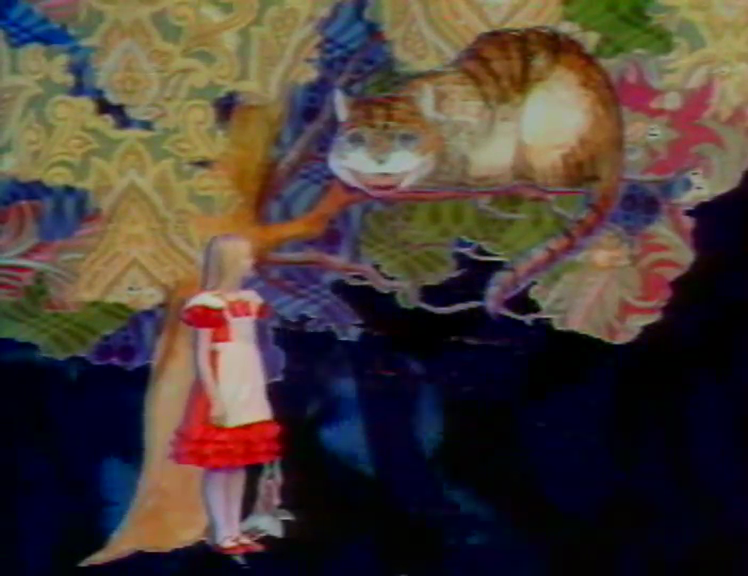 A few years ago I came across Ubu Roi, a bizarre French made for TV version of Alfred Jarry's play. The sardonic political satire was oozing with style and became one of the most visually interesting films I saw that year. Click here for that review. While Jarry provided the source material, director Jean-Christophe Averty made it his own. His was a style that reminded me of all the things I love. Elements of films I've obsessed over since I started obsessing over films. Something I'm always hoping to find, but rarely do. I stumbled upon this version of Alice in Wonderland while researching experimental French films. I possibly wouldn't have stopped to consider it if I hadn't immediately noticed Averty's name attached. I immediately knew it was going to be something special. 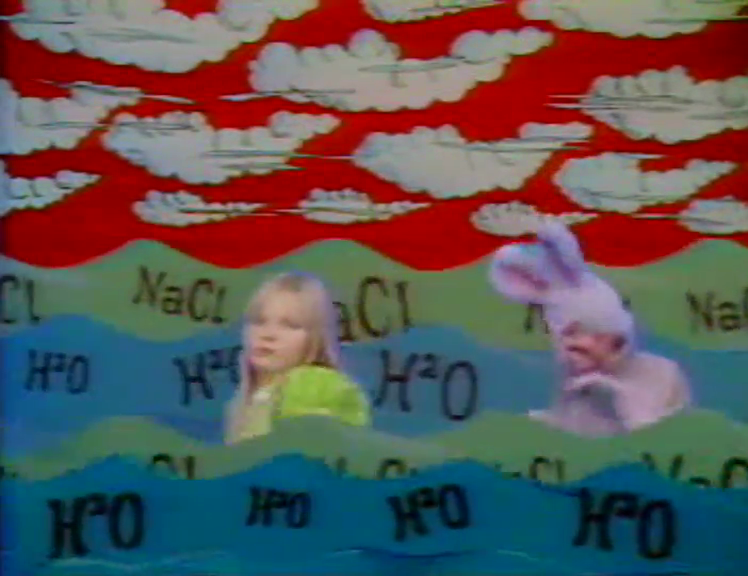 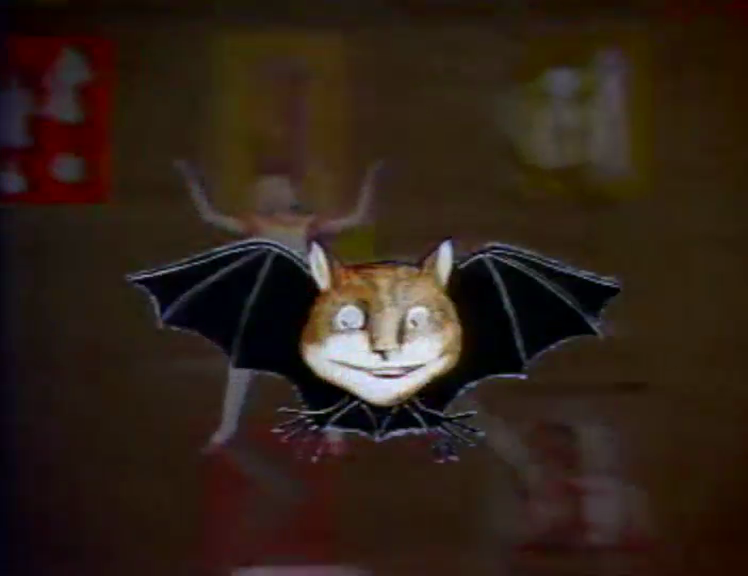 There are no subtitles so it's good that I'm already quite familiar with the story. It doesn't appear to stray and in fact at 2 hours long, it seemed to devote itself pretty sincerely to the book. I was very pleased to see a similar paper cut-up style that was present in Ubu Roi, but starkly contrasted to the monochromatic black and white. Alice is pulsating with a psychedelic handmade looking technicolor. A mixture of live action, animation and puppetry, it's a rainbow colored pinwheel that's spinning out of control. The quality wasn't spectacular, a third or fourth generation vhs rendering of what was already a made for TV film. Strangely, this added an expressionistic effect that's perfectly fitting. With such a strange no-holds-barred color palette and the film being slightly out of focus it seemed even more like an abstract art project. You get a strong sense of how Nightmarish Wonderland is through Jean-Christophe Averty's kaleidoscopic lens. Made the same year he did 'Soft Self-Portrait of Salvador Dali', I sense that his inspiration was pure and with budding technology he didn't appear to be fine tuning his method but let go a bit and express himself liberally. There's a lack of restraint that's thoroughly exciting if you're an aesthetic junkie such as myself. And really, with a story we all know so well extreme creative liberties are necessary to make it less redundant. 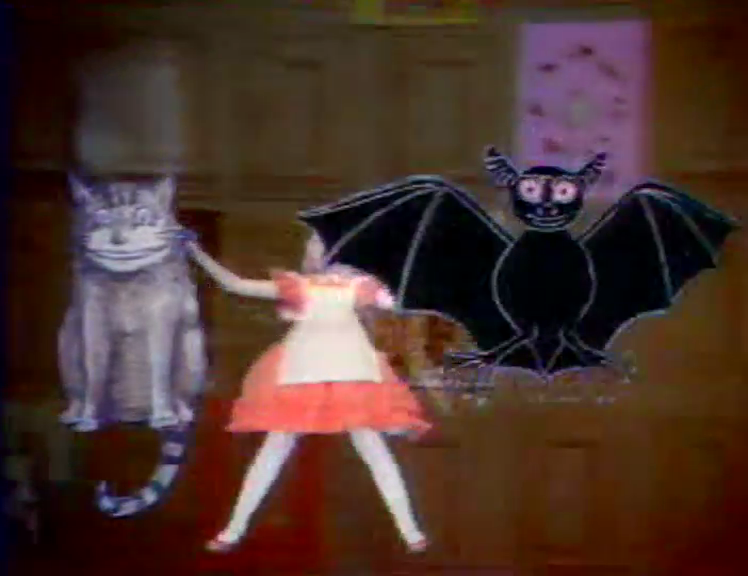 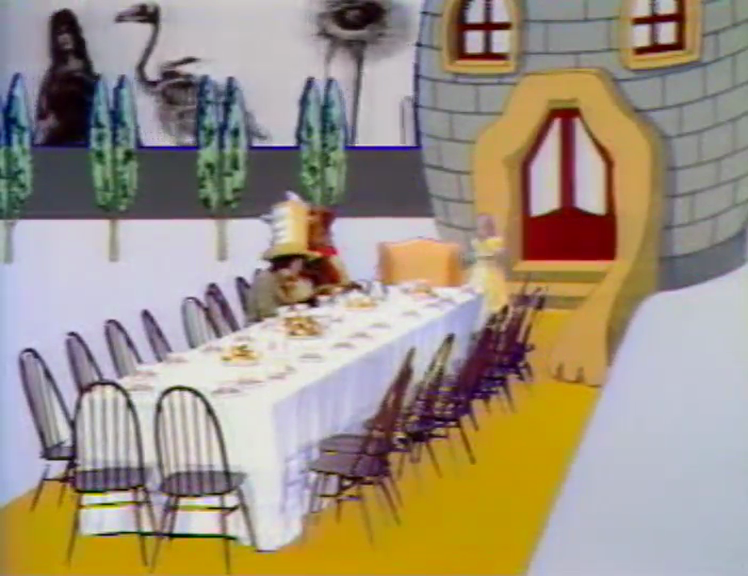 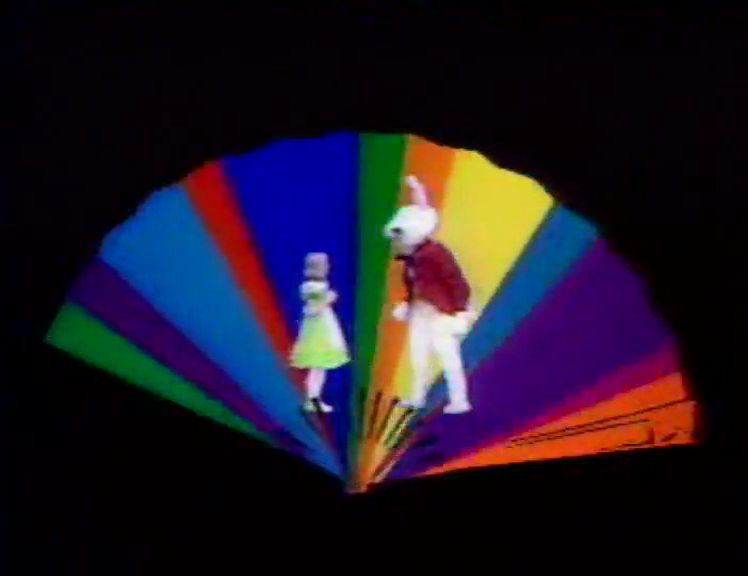 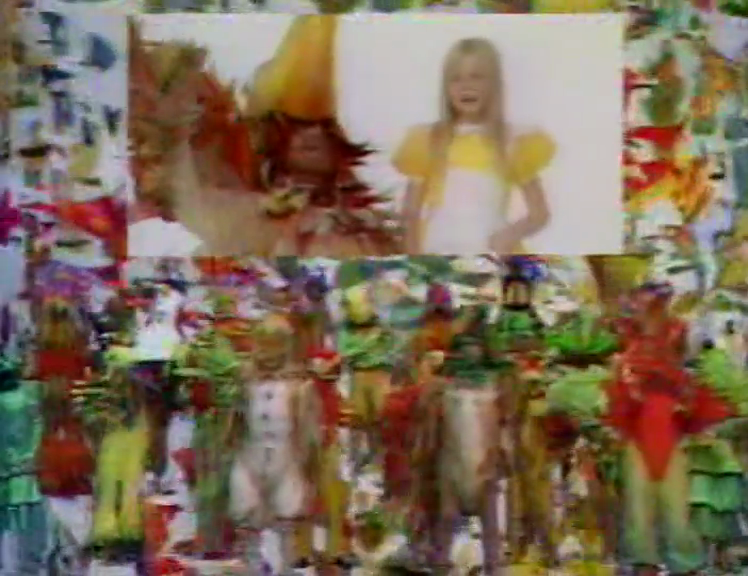 It's so refreshing to see films that not only still excite and inspire me but are able to help me reconnect with girlhood and re-examine the films that brought me to the place I am today. Averty's Wonderland might not be the greatest version out there but it's not to be dismissed. Like a bizarre puppet show saturated in a motley prism, there's something not quite right about it, but the end result is something that feels textured and adventurous. There may have never been a more Atomic Caravan-looking film as this. You can bet this won't be the last you read about Jean-Christphe Averty on this blog. 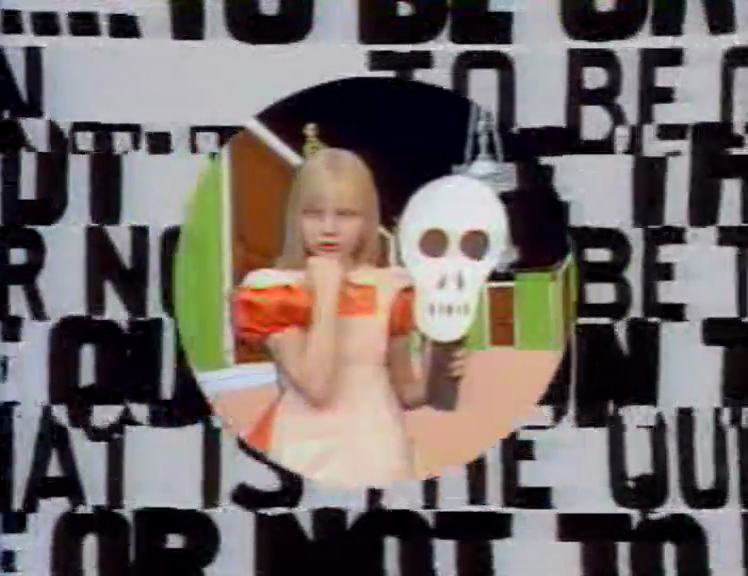 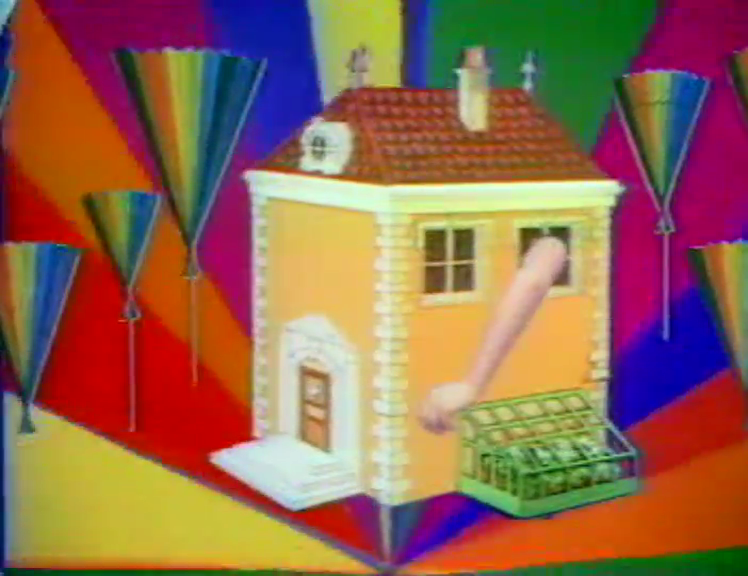 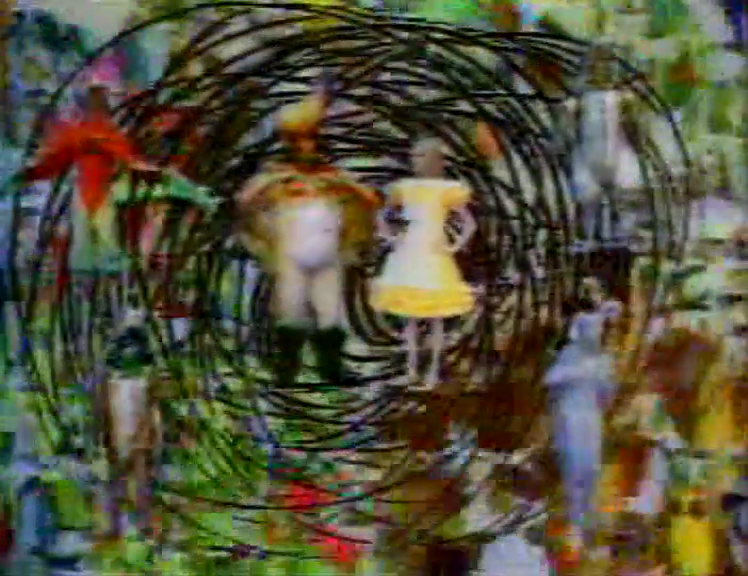