Can't talk about the movie without revealing some spoiler, so brace yo'self... 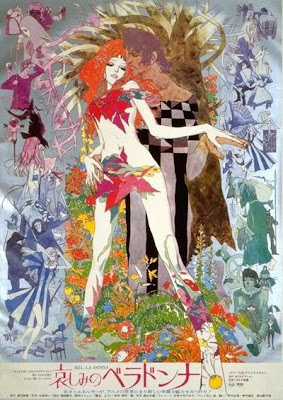 I stumbled upon this movie by accident while doing some online research. With no prior knowledge or interest in anything related to it. After seeing some still I was fascinated by it's beauty. The style was much different that I'd seen in any Japanese animated film. The term "anime" wouldn't come around for a few years and Belladonna of Sadness seemed to have no stylistic confinements to what we would now call "anime" in any case. I decided to track it down. It's a tragic story about a lovely young woman who on her wedding night is raped by the town overlord in some kind of savage ritual. Her husband treats her very coldly after the incident. Late at night she wallows in her sadness when she begins being visited by a tiny penis shaped devil spirit. He claims to be apart of her and begins planting the seed of witchery in her mind. While also pleasuring her with his obvious bawdiness. Rumors start to spread about Jeanne being possessed by the devil, as her social status plummets her descent into psycho sexual activities with the devil heighten. He tries to force her to be his satanic bride, still claiming to love her putz husband she declines but agrees to continue prostituting herself in myriad of demonic adultery. Kind of a shitty deal for everyone if you ask me. After being completely cast out by both the village and her husband Jeanne finally concedes to the devil's offer in exchange for the ultimate power of destruction. 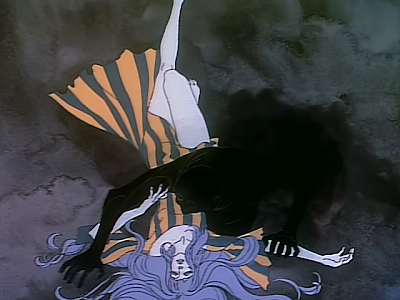 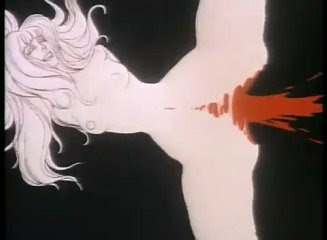 The film deals with some seriously heady subjects. Based on the book "La Sorcière" by the French historian Jules Michelet in 1862. Known for being a liberal feminist, he used the topic of witchcraft and sexuality as a rebellious commentary against the brute reality of the French Revolution, the barbaric customs of Western Civilization and the persecution of women by the Catholic Church. 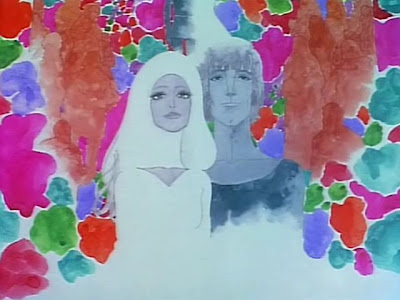 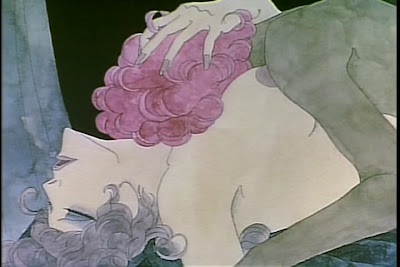 When Jeanne's wish has been granted she witnesses much suffering by the people who've mistreated her, then she's condemned to be a witch and is burned alive. In an unexpected plot twist during her burning she transfigures into a saint like figure. We're given the impression that she is supposed to be a representation of Joan of Arc. As Jeanne is burned on a cross the image of St. Joan overlays as to tie the characters together in some way. I wasn't quite sure how to take this at first. It was an odd thing to throw out there at the end of a movie. I read one point of view that comments on the misogyny of comparing a hellbitch of satan to an iconic symbol of free will such as Joan of Arc. I think that's a little extreme. Circumstantially, Jeanne went through a lot. Raped by society, discarded by her husband and inevitably giving in to her final option. While some see chauvinistic undertones, others see her submission into darkness actually an acceptance of personal freedom and power. In the 14th century was there anything more wicked than a sexually awakened woman, spurned by her husband, feeling confidant and free? I find it a little more likely that given the devil's claims of being apart of her, that these elements are a sardonic allegory for her mental and emotional suffering. A way to cope in a guilt driven fantasy. There really is no devil at all. She awakens her libido by herself with no need for her husband or any other creep. 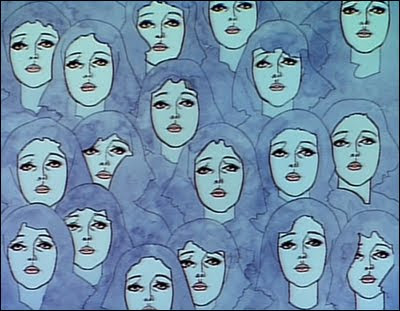 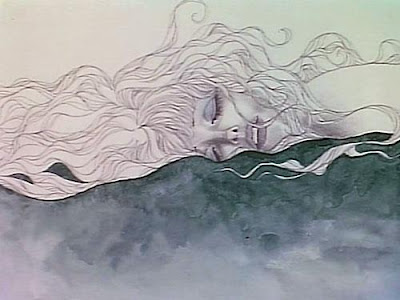 The animation style of this film is direct influence of Gustav Klimt and Aubrey Beardsley. An absolutely gorgeous, illuminating tapestry of of classical and experimental imagery. The eroticism is executed in very different ways then I'd ever seen in animated film. Sometimes violent, horrifying and dark; sometimes sensual, enticing and flowery. At first glimpse I was afraid it would be a storybook style animation; still-framed illustrations set to a comprehensive dialogue. Although certain scenes stagnate in such a way it's often interrupted by a burst of lsd fraught psychedelia. Expressive, operatic, mod, gothic, art nouveau inspired. There are moments I would say it even has shades of Peter Max and Alphonse Mucha. The fluidity of the water color and pastels creates a pastiche that seems to dance to the jazzy Japanese rock fusion score. 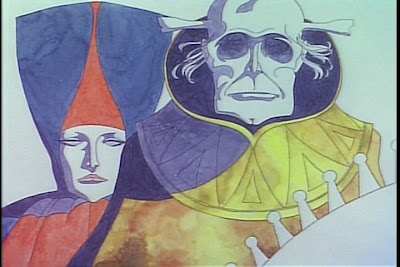 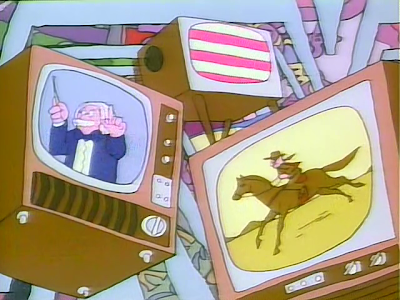 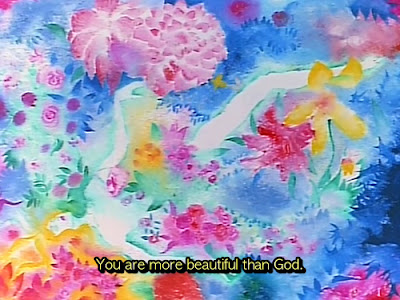 There's also some hilariously juvenile moments of the film... 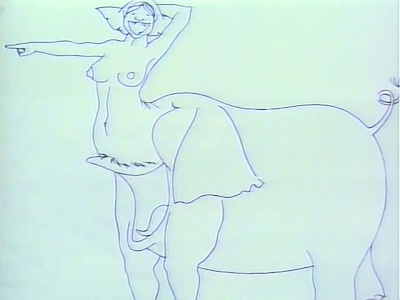 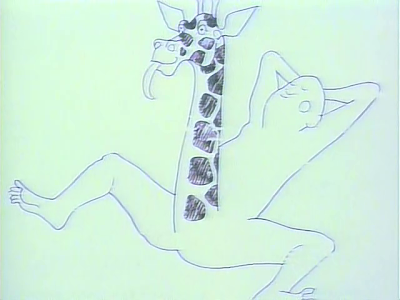 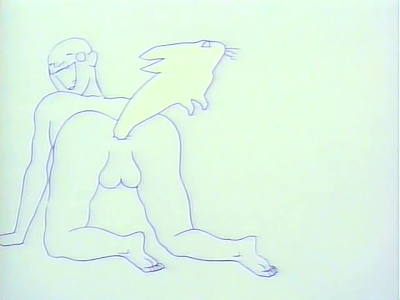 The film was put out by Mushi, the same animation company as Astro Boy and Kimba the White Lion. I have no idea how this sleazy hallucinogenic adult film sprung from such a wholesome company. With it's unrelenting brutality and perversions it makes our adult cartoons of the day, such as Fritz the Cat and Jungle Burger look relatively tame. Never in print in the U.S., if you can manage to track down a subtitled copy I would highly recommend it. For admirers and perverts alike, Belladonna of Sadness deserves a lot more attention.  Even if you find yourself a little lost in the socio-political subplot, you'll certainly find yourself captivated by the bewitching atmosphere that this wildly intoxicating film creates. 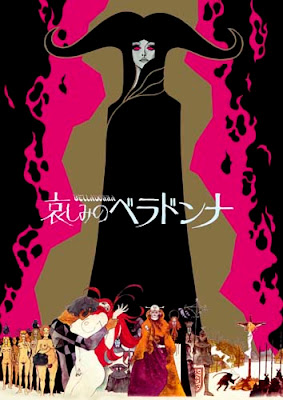 Posted by Scumbalina at 1:47 PM