I've never been disappointed by a Mondo Macabro release. I especially love their Indonesian movies. In fact, the reason I bought this was for the second disc of extensive special features on the subject of Indonesian exploitation, including 70 minutes of trailers and a documentary. It took me a while to actually get around to making time for the feature presentation. Feeling the itch for some of this one of a kind trash cinema I finally watched Virgins from Hell last night and boy did it the spot! 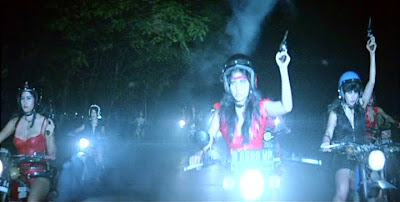 The movie starts out out with an all girl biker gang in wacky colorful hot pants robbing a casino. Then they take us back to their hide-out where the leader tells the story of seeing her parents killed and her home taking over by drug lords. The casino raid was just the first step in avenging her parents death. They plan to take over the land and fuck some shit up for the bad guys. Their plan is foiled when they run into it head first not taking into consideration that their gang is totally lame and every one of them is taken hostage by Mr. Tiger, a bad dude with a penchant for whipping girls and animal portraits. 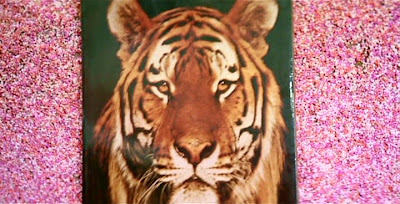 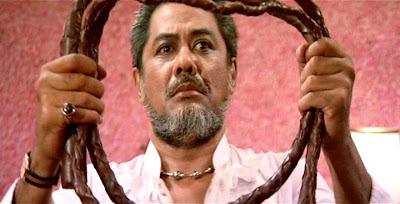 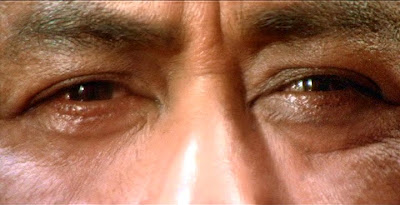 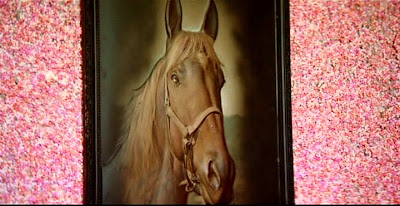 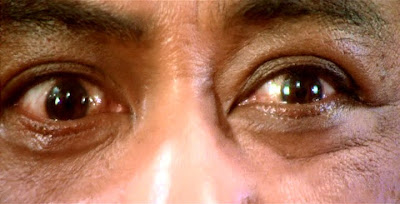 One by one they're being raped, beaten, maimed, scarred and burned. I really don't get what the heck they thought they were doing just running around in their tattered power ranger costumes with absolutely NO contingency plan. It's no wonder several of the girls turn on the leader, she kind of sucked! She got a lot of women killed in her little revenge mission. Sometimes Women In Prison movies have a kind of empowering message of womanly vengeance... and sometimes they need a big strong man to come and save them. This is one of those movies. Not that I mind! Someone needed to step up. They were taking it like little girls! So in comes our handsome Med-Student hero fully clad with overalls and no shirt underneath. Who has a sudden outburst of ass-kickery and invariably saves the day. 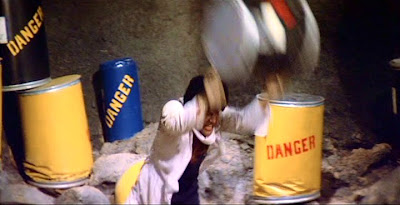 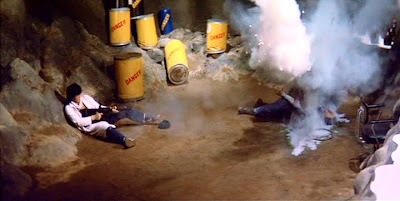 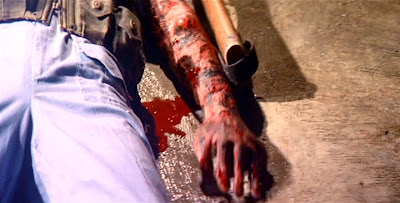 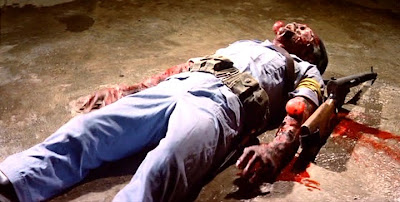 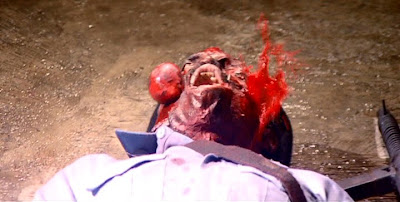 And I read a review that said there was no blood!
Meanwhile, the girls are eating cafeteria hot dogs... 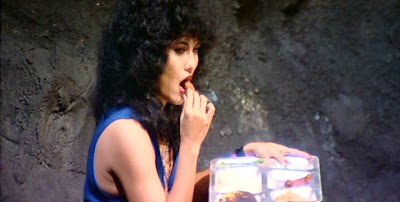 So the leader has escaped, she and the Barry Prima clone team up and serve the drug syndicate a proper ass whooping. Lots of explosions, lots of fun.
Another fantastic Indonesian action movie! I don't really understand where being "virgins" plays into this movie though. Unless I missed it I didn't hear any of them ever claim to be a virgin, in fact the leader boasts about being a "common whore" to support herself and her sister after her parents murder. They don't really look like virgins, or act like virgins. Unless their defiance to being raped is some sort of tell tale sign of purity, I just don't know! SURELY, the title isn't misleading! I also noticed that on Netflix it's categorized under "Foreign Gay and Lesbian" which is somewhat misleading too. Ok, so there's a lesbian warden but I'd hardly call it a major plot device.
Indo-Exploitation has such a colorful flavor of it's own. No holds barred wild action freak outs. I've yet to be disappointed by one yet, especially those released by Rapi Films. This wasn't quite as mesmerizing as Lady Terminator or the Devil's Sword but it's a nice little WIP movie and great addition to anyone's Indonesian action collection! Especially with all the fantastic special features. Highly recommended!
Posted by Scumbalina at 10:22 AM