What is it about kids making movies that is so undeniably adorable?! I'm a sucker for these 8mm/16mm home made monster movies produced by children in the 60's and 70's. I had never heard of I Was a Teenage Mummy until a friend of mine asked me if I could track it down for him. I'm always up for a challenge so I examined my resources and managed to finagle a copy. 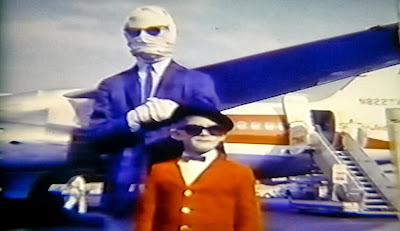 I Was a Teenage Mummy or I Was an Invisible-Teenage-Man? Who can tell??

An homage to classic monster movies, this charming little flick has a basic Universal's "The Mummy" plot with an added cute child version of Peter Lorre that truly made my heart melt. Obviously an amateur production but the details are spot on. Lots of little touches and accurate costume details that make it an impressive achievement for a group of youngsters, or adults for that matter. It doesn't take itself too seriously, The dialogue was dubbed much later and is spoken in a way that every line references a film title. Throwing "The Man Who Knew Too Much", "Sunday, Bloody Sunday", Spellbound", "High Anxiety" and "Lolita" around in sentences. It creates a fun diversion for movie lovers. 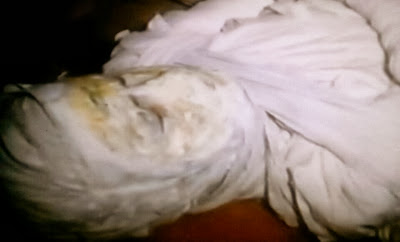 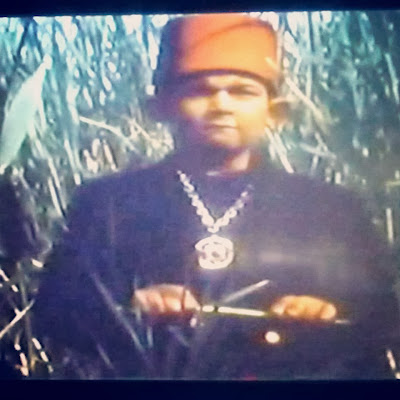 The introduction by Forrest J. Ackerman was a nice touch, especially since the movie's so short (about an hour). He gives us a little tour of his "Acker Museum" where he humbly shows off his world famous collection of priceless movie memorabilia. Looking as festive as a Horror Host, Forry, dressed in a black cape is as adorable as can be while he casually shows off the rings worn by Boris Karloff in the Mummy and Bela Lugosi in Dracula on each hand. I love him dearly; every time I see his darling face I feel cheated out of the Grandpa I deserved. 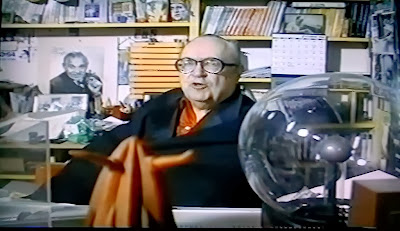 He speaks affectionately of I Was a Teenage Mummy, comparing his encounter with the film and director Ralph Bluemke to his first meeting with a young John Landis after the screening of Schlock. He talks about how the poor 15 year old in the mummy costume endured the same endless torment as Karloff did having undergone the extreme cosmetics in the Mummy. He mentions subtleties like how they achieved the aged look of the bandages by dying them with tea. It's this attention to detail that makes the viewing experience so endearing. A lot of heart went into the film and by the end, you're really wishing that the unavailable semi-sequel "I Was a Teenage Apeman" advertised after the credits had seen the light of day. 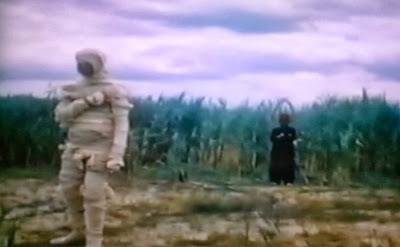 Some of the shots are really quite beautiful. Can't beat the raw talent of youth!

Cute kids dressed as monsters, lines such as "Oh, Camel Muffins!" and the Forrest J. Ackerman seal of approval. What else do you need really? 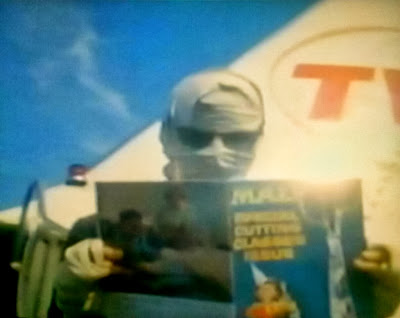 Posted by Scumbalina at 8:41 PM