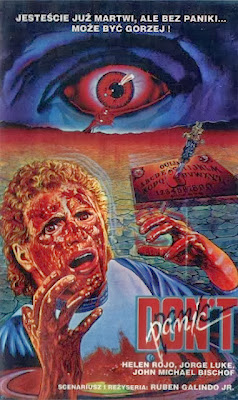 I first discovered Don't Panic earlier this year when it was recommended to me by a trusted movie buddy. I had intended to review upon first viewing but as I recall I was quite overwhelmed as it met basically every point of favorability I seek in a campy 80's slasher movie. You would think by the bewilderment and pressure I was putting upon myself to do this review that I was writing a dissertation on Italian Neo-realism and it's effect on post-war Europe, but in reality I'm just hypnotized by the sight of grown men in dinosaur jammies... 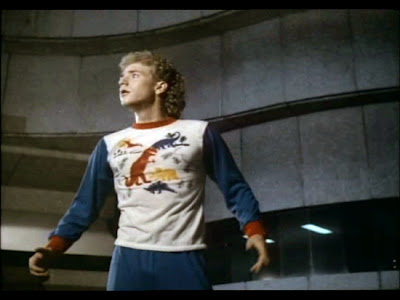 On paper Don't Panic is your typical 80's horror fodder, leaning strongly towards Nightmare on Elm Street rip-off territory. That's not to say I mind, many of my favorite films borrow heavily from the success of previous films. Despite the excellency of a film such as Nightmare on Elm Street, to see the awkward charm of a loose and clumsy Mexican reworking is somehow much more rewarding. The story follows a tragically nerdy Steve Sanders look-a-like named Michael who has recently moved to Mexico City with his alcoholic mother from Beverly Hills (ironic?!). It's his 17th birthday and after his party a few friends decide to stick around and ambush him with a surprise seance via Ouija board. A recipe for disaster in any horror movie. This is when we're introduced to two pivotal characters. His turd-faced best friend Tony and his love interest Alexandra who, bless her heart, has the most obnoxious distracting unibrow I've ever seen. 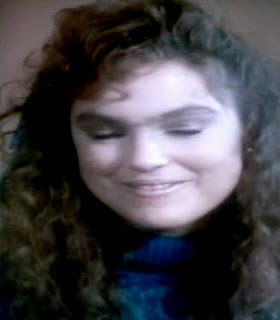 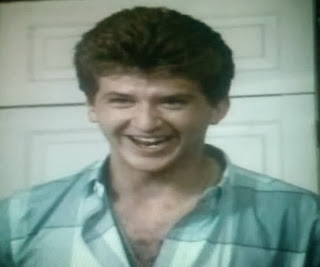 There are some other friends present but they're basically just monster bait, so I didn't bother learning their names. After a reluctant game of Ouija where Tony, acting the part of an 80's movie best friend, being a jerk, making jokes, insulting ghosts, etc. He's dead meat. Mike's alckly mother breaks up the party and puts him to bed, dino-jammies and all. 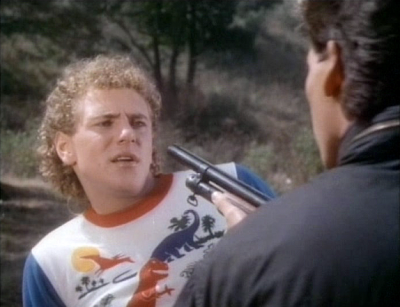 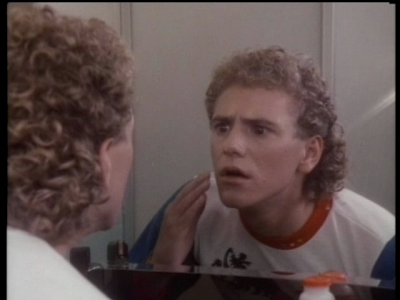 After this Michael begins to have a series of dreams where he's seeing through the eyes of a ghost murderer. His friends begin to die off and poor Steve-Sanders-clone is destined to run around like a little bitchface child, whining and flailing about like the lame little booger eater he is. I don't mean to be so hard on Steve, er Michael. He just invokes a deep rooted mean-spirited side of me. If I knew him in real life I would have bullied him relentlessly. Partially because I'm an asshole, but mostly because he sucks. I love him for it, but he sucks big time. 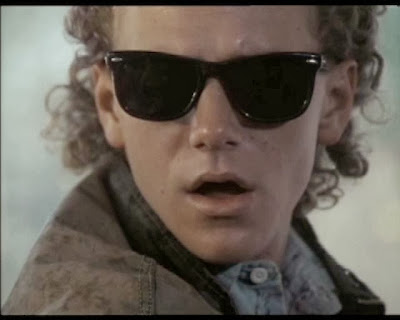 One of the highlights of the film is when Turd-face Tony explains to Michael that if he really wants to show Alexandra how he feels he needs to bestow upon her a magical rose. In a bromantic scene of epic homo-eroticism, Tony gives Michael a rose from the vase in his room (why does this teenage boy have a vase of roses in his bedroom??) and explains that as long as the petals never wilt and die, neither will their love. He's like the witch at the beginning of Beauty and the Beast only way fartier. The love story angle in the movie is laughable, reaching after-school-special proportions of nauseating cheesiness. And again, with Alexandra's unibrow deserving it's own screen credit, she plays second banana in ever single scene. 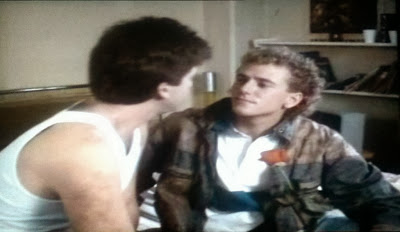 The horror elements of the film are decent. Nothing to write home about, but passable and keep the story going amidst the hilarious teenage drama. That's the real star here (as well as the dinosaur PJ's). The melodrama between characters sets this apart from most Nightmare on Elm Street Rip-offs and your run of the mill slasher film. We later find out that the killer is Tony who was possessed by a demon named "Virgil" (endlessly awkward demon name) the night of Ouija board. Likely for being a huge irritating dork. 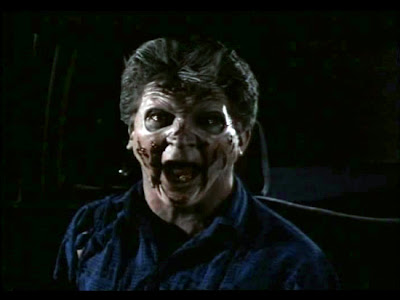 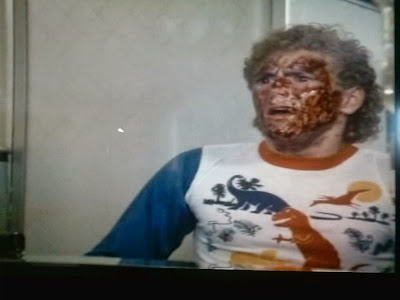 I really cannot speak highly enough about Don't Panic. It's relatively new to me but it already has found a place in my heart. It's amongst a very elite grouping of slashers that I consider to be perfect examples of their own kind of art. A balance of humor, horror and ineptitude that creates a symphony of trash cinema to the likes of which I am honored to experience again and again. This second viewing offered more insight into why I felt so overwhelmed the first time. When you really enjoy something on a basic fundamental level it's difficult to express without falling into endless ellipses. With genre movies it's easy to feel self conscious because obviously there are some people who just won't get why a film like Don't Panic is so special. Let me put it it this way; if Pizza was a movie, not a food, it would be Don't Panic. Simple as that. Childhood dreams and memories I didn't even have all wrapped up in a nicely little package. It certainly deserves a DVD (or heck, blu-ray, why not?) release, but in the meantime if you can track down a copy it official has the Scumbalina seal of approval!

Posted by Scumbalina at 5:19 PM