I've always had a soft spot for vivid depictions of Hell on film. I'm not a religious person so the envisionment of such a classical realm of nightmares is something that belongs in the more fantastic elements of fiction. That being said, L'Inferno was not only the first feature length film made in Italy but also the very first film adaption of Dante's Inferno. 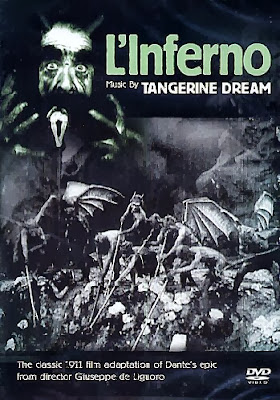 As I'm sure you all know, the story follows Dante and his guide Virgil through the various circles of hell. Each segment being explained to us on a title card then shown in a vivid Goya-esque sequence of torment, deformities, strange beasties and sadness. Similar to the works of Georges Melies and Segundo de Chomon, the effects are absolutely stellar. In the dawn of the motion picture industry there was something really magical happening with costumes, effects and photography. Creatures in fantasy and horror films from the genesis of it's inception have a surreal and other worldly quality to them. Take the tiger from L'Inferno for instance. It doesn't look "real", but it moves in a way that doesn't look fake. I'm sure it's a trick of puppetry and the graininess of the film, but it gives a sense of unease that I can only compare to other creatures in other films from this time. 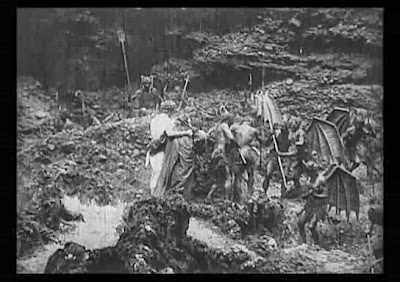 When I watch a film like L'Inferno, other film titles which it surely must have influenced dance through my head. Haxan: Witchcraft Through the Ages being at the top of the list. The similarity in how the devils and minions dance and writhe around is irrefutable. Even jumping forward to the 1960's with Jigoku and I would bet my bottom dollar it was one of Pasolini's favorite films. It's quite possible that every film version of Hell EVER was referring back to the Divine Comedy, but since L'Inferno beat them all to the punch I'd like to think of it as the ultimate influence of all film works of Hellish content. The added music by Tangerine Dream was at first a bit off-putting (mostly because of the vocals) but it grows on you and eventually feels like a natural part of the experience. 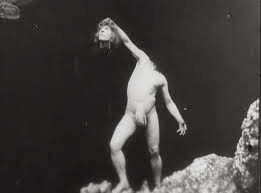 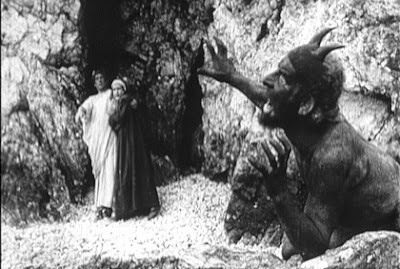 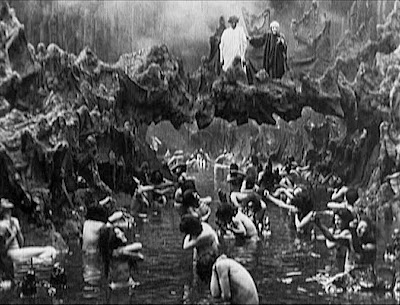 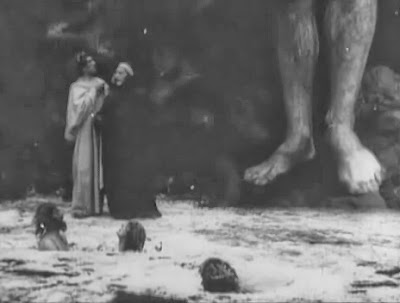 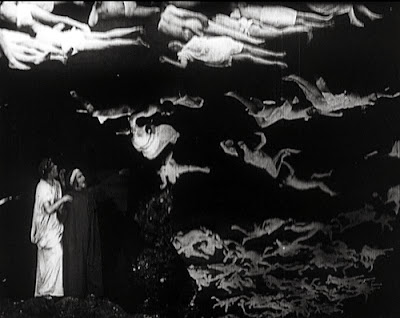 Sorry if this review is a little less in depth than most. It's a masterpiece of it's time and with it's exquisite visuals it leaves very little to critique. It breezes by at 70 minutes and is a staple to anyone silent horror collection.

I give it five farts! 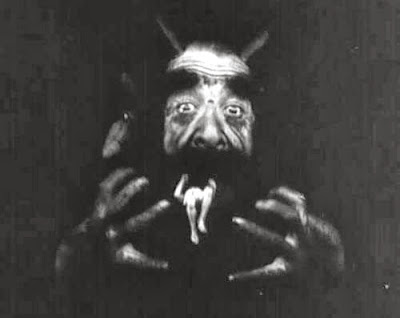 Posted by Scumbalina at 8:50 PM