The Imp is an unusual little Hong Kong horror flick. I'm by no means an expert on HK cinema but as far as I've noticed, in Hong Kong they're all about silly scares. Take Mr. Vampire for instance. Possibly the most successful HK genre film of all time, no? It has at very least spawned the largest franchise. It mixes horror and comedy in a way that creates a Scooby-doo-esque kid-friendly supernatural atmosphere. It's been my experience that the craze of Jiangshi films set the standard for what horror movies would be in Hong Kong for decades. Bearing this in mind, The Imp is a stark contrast to all the fun and frills you would find in a chop socky Hopping Vampire flick. 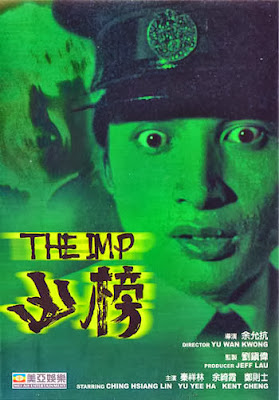 Keung is a hapless young man. Struggling to find work while his pregnant wife is constantly harshing his mellow. After a series of failed interviews, he finally lands a job as an overnight security guard in a shopping center. It would seem that misfortune is following him because shortly after he takes the job, one of his colleges chokes on their lunch (puppy stew, ugh) and dies. At the funeral Kueng meets a priest who senses a dark energy surrounding him. While his other co-workers continue to turn up dead in a variety of mysterious circumstances, the priest discovers that Keung was born at a very unlucky time. At the time which the yin is strongest and the yang is weakest making him susceptible to evil spirits. In short, there's some spooky shit out to get Keung. At first attempting to take over him physically, then deciding it would be easier to be reincarnated into his unborn child. Mayhem and creepines ensues. 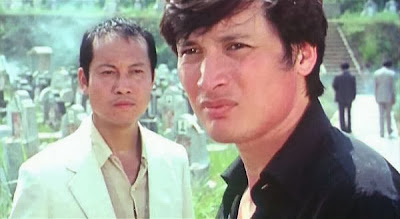 While taking a more serious approach to horror film making than it's predecessors, The Imp makes a gallant effort but somehow falls a bit short. Although interesting, atmospheric and certainly worth the watch, it never seems to fully realize it's potential. It suffers a bit from it's own pacing, which would be ok if there was some kind of extravagant pay off. What we're left with is an eerie, beautifully shot film that leaves you wishing they'd taken it a little further. So close to perfection yet the fact that it didn't quite make it leaves you feeling high and dry. It's no wonder that the Imp has gained a cult following over the years. It certainly is different. More Western influenced that any other HK horror flick I've seen, using simple but effective John Carpenter-esque ambiance. While it never produces the epic monster battle I've become accustomed to receiving , it delivers a fair amount of ghoulishness that you would find in a really scary Halloween haunted house. This lends more to the horror/comedy style I was talking about earlier, which explains why I was left wanting more. 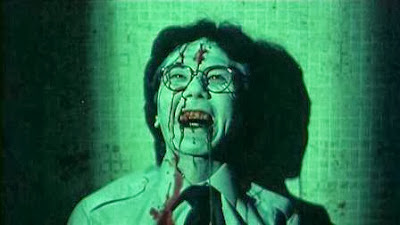 I would recommend it to those who are already connoisseurs of Hong Kong horror (though you're probably are already familiar with it). Perhaps I've just been spoiled by the Shaw Brothers and Sammo Hung. The Imp falls somewhere in between a solid good horror movie and an amazing horror movie. That line is so thin that it would be completely up to the individual which direction it would sway. 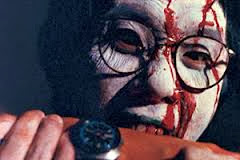 Posted by Scumbalina at 2:50 PM