I feel almost ashamed for having never seen today's dose of absurdity. It's been a constant blip on my radar but there's always so much to see it somehow just kept getting put off. Until today! It's cold and rainy over here in Pasadena, which is a refreshing change since we were in a heat wave just a few weeks ago. The weather made me crave pizza and pajamas. Pizza and pajamas makes me crave 80's Shot on Video horror movies. Couldn't have picked a more perfect day to watch Microwave Massacre. 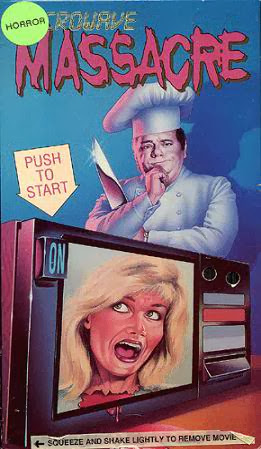 Donald is an average Joe. He works in construction and enjoys bologna sandwiches and cheese burgers. While his co-workers partake in simple manly lunches he's forced to endure over ambitious crab sandwiches (as in, an entire king crabs in the shell between bread) and other fancy schmancy fodder. All courtesy of his wife's new over-sized microwave, this is the case for all of his meals. She's such a horrid cook that he snaps, bludgeoning her with a giant pepper shaker. After waking up the next day from a post-murder black out, he discovers his dismembered wife in the microwave. Naturally, he wraps her pieces up in foil and keeps her in the freezer for safe keeping. At this point he decides to clean out all of her pre-made wrapped up meals, so in the garbage they go. He walks away, leaving the door opened which allows her hand rolls out into the pile of Lean Cuisine foolishness. Several hours or maybe even a day later he gets hungry and decides to eat the frozen food he had discarded OUT of the garbage (George Costanza style), which is pretty vile unto itself, only to discover that the delicious bloody meat he's enjoying is the arm of his late wife. Oh dear. From this point on the movie is a haze of him somehow luring sexy broads, mostly hookers but not exclusively, to his house where he makes a meal out of them. 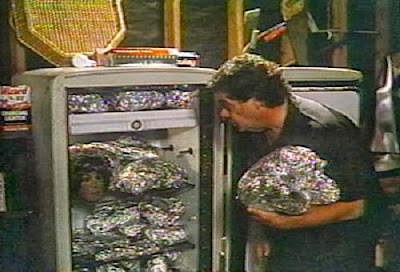 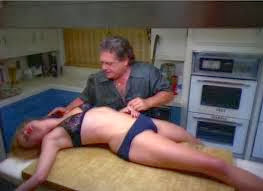 Comedian Jackie Vernon (the voice of Frosty the Snowman!) plays Donald, in his final feature film. He has a Rodney Dangerfield-eque delivery and considering the material he handles the role with just the right amount of aloofness. Like this old timer comedian just kind of wandered on set one day and they offered him twenty bucks and a sandwich (hold the arm). 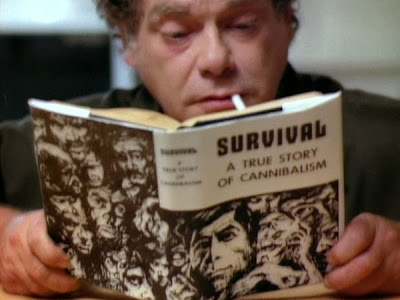 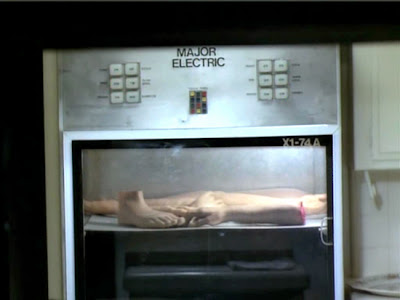 While I understand the wife's desire to create pretentious elegant dishes (refer to my instagram) I feel that the real message here is of the horrors and uselessness of microwave meals. I love flipping through old cookbooks in thrift stores, and even buying them if they're extra horrifying. It always astonishes me to see the things that were trendy to eat in the 50's-70's. It was more about convenience, color and how far it can stretch than freshness and edibility. Bad food plateaued in the 80's with the rising popularity of microwaves which led to a slew of  "Microwave Cookbooks". You know what I'm talking about. The ones that claim you can roast a whole turkey in that radiated death box. Microwave Massacre is clearly parodying this bullshit mentality. The combination of food and film, or better yet, food and horror films is one of my greatest pleasures. I'm rambling a bit here but what I'm saying is I totally understand Donald's plight and his wife probably deserved to die. 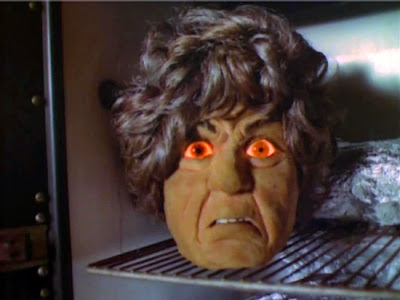 I always feel the need to give every movie I review some kind of thumb-up/thumb-down in case it isn't clear from the way I've discussed it. I rarely mention movies I don't enjoy, and even if they're tough and I rib on them a bit like Zombie 5 or Mad Doctor of Blood Island, I never regret watching them. This isn't even one of those instances, I absolutely loved Microwave Massacre. It reminded me of some of H.G. Lewis's later efforts mixed with some hyper-sexualized Russ Meyers cleavage shots, a likable doofus of a main character and lots of silly looking body parts. My only real disappointment with the film is that the microwave does not massacre anyone. Naturally I was expecting a classic case of "Killer Appliance", but I'm still quite content with the Blood Feast-like premise. The idea of organized suburban cannibalism is quaint. It's a gem of a film and if I must visually convince you.... 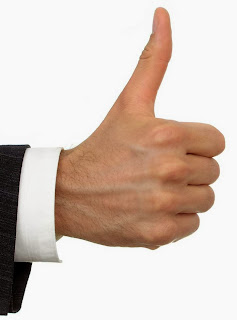 P.S...I feel the need to add that that weird long man thumb does not belong to my dainty bird-like female hand.