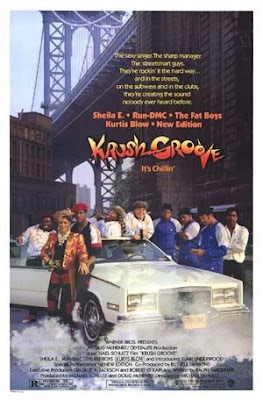 Let's face it, I'm no expert on Hip Hop. Before a few years ago I thought I hated the genre completely. Finding a hoard of Fat Boys, Fresh Prince & DJ Jazzy Jeff and Whodini records effectively changed that. It was like discovering a world I didn't really know existed. I was still a baby when Hip Hop was new and awesome. Aside from catching the tail end of decent rap music when I was in elementary school (when I was more interested in listening to Letters to Cleo and Beck), my general experiences with it haven't been pleasant. Hearing artists like Eminem and Mace on the radio made me want to fucking puke. I hated the entire urban culture and wanted no part of it. But like all music, it can be traced back to something raw and unprocessed. Influential music resonates timelessness and opening yourself up to something you were once closed to is an refreshing experience.

I found myself OBSESSED with the Fat Boys. Not only are they really talented but they're a novelty. They're the jesters of the Hip Hop world. Shortly after this obsession began I came across a copy of Disorderlies at Big Lots for $3. The idea of the Fat Boys in a movie seemed like the most wonderful thing that had ever happened to me. I bought it and it became a staple for me because it's such a piece of shit. Little did I know that it actually gets better. Around this same time I came across Krush Groove at Walmart for $5. All I knew was the title sounded ridiculous and the Fat Boys were in it. That's all I needed to know. It got mixed in with some other stuff during a move and only recently did I come across it while cleaning. 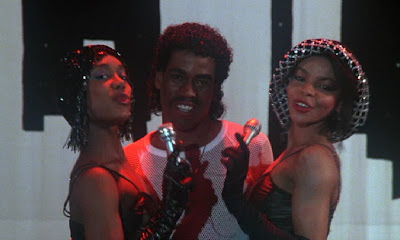 I had no idea that I was actually in for a good GREAT fucking movie! Roughly based on the early days of Def Jam Records, cutely renamed Krush Groove for the movie. Blair Underwood plays producer Russell Walker (Russell Simmons in real life) who's trying to get his label up and running. He's got the talent, Run DMC, he just doesn't have the funds. Needing to make some quick cash to press these records he's already sold, he turns to a loan shark and gets himself into a heap of trouble. The plot, although basically true, isn't the selling point. The high light is of course the incredible line-up of musicians that act and perform in this movie. 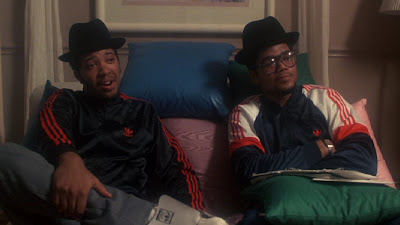 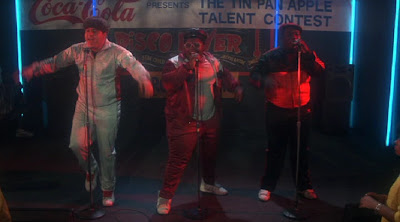 the Fat Boys originally known as "the Disco 3". 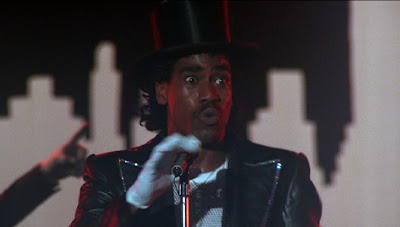 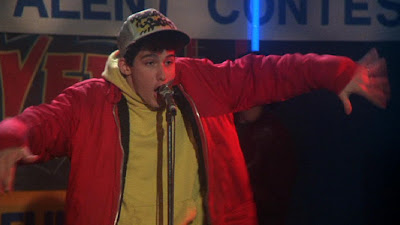 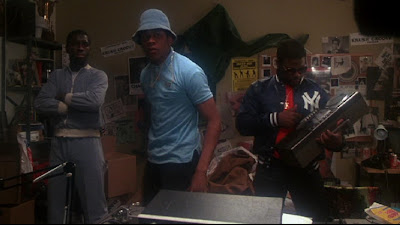 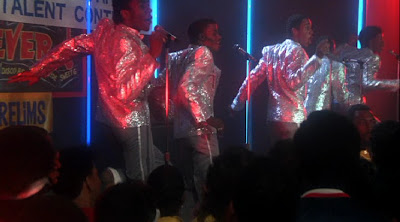 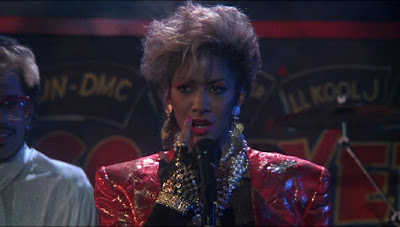 Complete with the best worst fashion statements I've ever seen in my life, this movie is pure unadulterated 80's kitsch. Candle lit sex scenes set to smooth jazz. We even get to see the Fat Boys stuff their faces at a Sbarro buffet and rap about it. It's like all of my dreams manifested themselves in this movie. 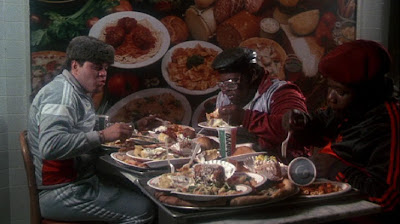 I was surprised at what overall low ratings this movie seemed to get. Leonard Maltin brushed it off with a 1 1/2 star rating calling it "one of the many rap musicals", failing to mention that it as the FIRST Hip Hop musical, and best. It also has the best soundtrack this side of Breakin' 2: Electric Boogaloo. There are many things to look at when rating or critiquing a movie and I'd be lying if I said a plot was always the most important factor. Some movies capture culture in way that you can overlook it's weaknesses and just enjoy it as a time capsule. Such is the case with Krush Groove. It many not be the best movie, but it's certainly a fun movie, and isn't all that really matters? 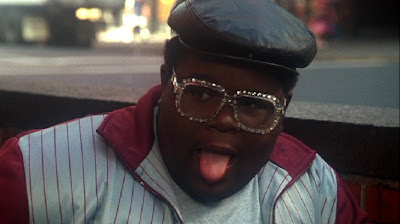 Posted by Scumbalina at 5:03 PM