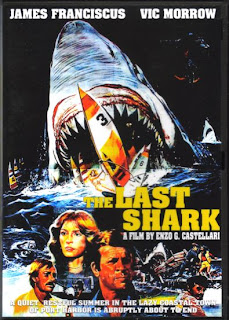 I had planned on having this big shark movie marathon to mourn the sad fact that I don't have cable and hence can't partake in Shark Week. I have a thing for sharks, but really just in the fictitious far-far away from me kind of way. Primarily of course, shark movies. The shittier the better. I can only take so much though. One usually tides me over a month or two, so chances are I won't be watching any more bad shark movies this week, and they're all bad. Now, right off the bat let me make something clear. I've never been into Jaws. No, I'm not one of those cult movie fanatics that hates Spielberg on "principle", I like him just fine. Not because it isn't a great crowd pleasing movie. It's certainly is. TOO good in fact. The shark genre is such a giant mistake that the one decent influential film just seems way too tame in comparison. It just doesn't give me what I want; what I need from a shark.

I did manage to watch possibly the most infamous shark movie of them all. Enzo Castellari's the Last Shark. I knew going into this that I was in for a blatant Jaws rip-off. What I didn't realize is that this film would set the standards for all bad shark movies from there on out. In a sense the Last Shark is directly responsible for the Shark Attack 3: Megalodon's and the Sharks in Venice's of the world. All these years I thought they were directly ripping off Jaws, but no. The Last Shark got that out of the way for them. My theory is that all bad shark movies aspire to be the Last Shark. King of the shitty shark movies! For this reason it deserves the utmost appreciation and respect. Unfortunately, this movie borrowed so much from Jaws that they were sued by Universal. The movie itself is a passable rip-off but use of certain publicity material and calling it "the Last Jaws" or "Jaws Returns" in some Countries was what did them in. 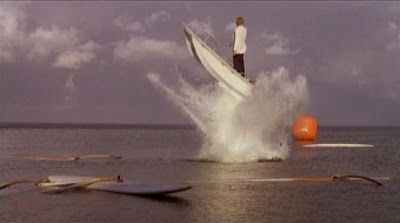 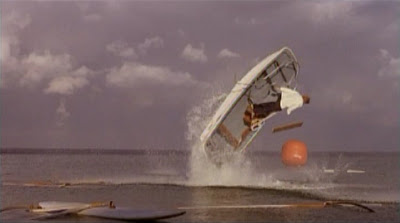 I was completely oblivious to the fact that one of my favorite actors, Vic Morrow was in this! With an unbearable Scottish accent and an almost pointless role he was obviously the token celebrity. He's a main character but still somehow seems out of place despite his noble attempt at making this movie serious. 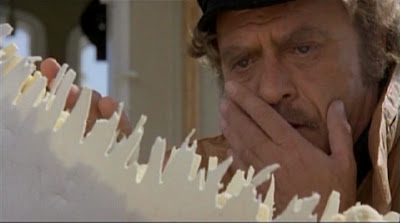 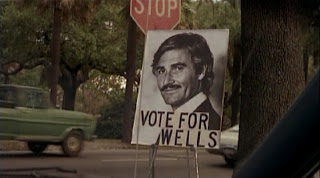 My least favorite character in the movie was the sleazy politician. For two main reasons.

1. he was a perfect movie prick. You'd swear it's Eric Roberts up there. He even has a sleazy moustache. 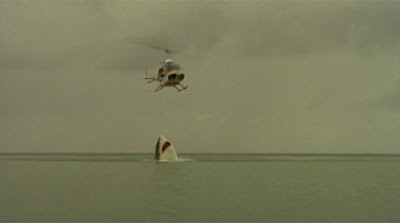 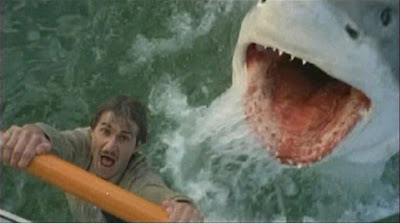 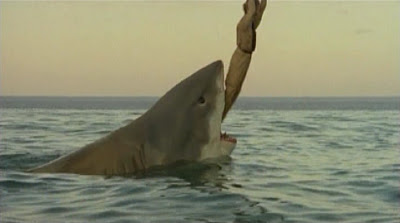 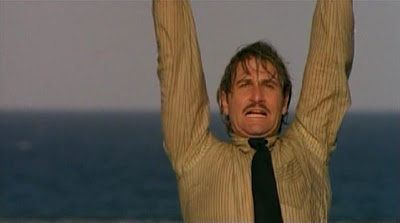 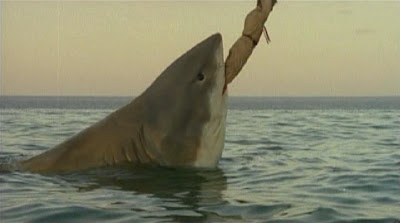 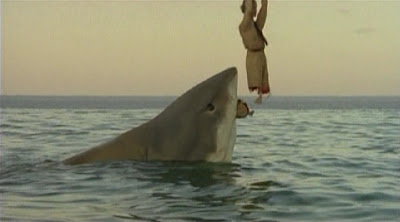 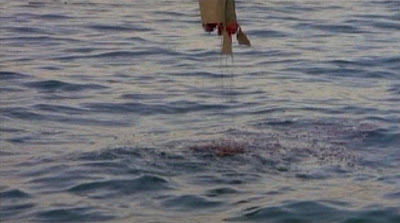 There's a plot swimming around here somewhere, and it is strikingly similar to Jaws, so let's not even talk about it. The absolute worst part about this movie is the excruciating editing. Many scenes were drawn out MUCH longer than they should have. The sound on my copy was recorded so low that it's barely audible. I could always hear Vic Morrow since he was yelling all the time, but his heavy fake Scottish accent made him hard to understand anyway. The score was by Guido and Maruizio De Angelis, also known as "Oliver Onions", two of my all time favorite Italian composers. I always get a kick out of their campy cartoonish tunes you'd here in a Bud and Terence comedy, but they also do seriously funky Poliziotteschi scores with equal finesse. This score was a little different though, it had the whole Jaws thing hovering over it which seems like it might have been a bit confining. The main theme is used OVER and OVER so there's not much room for the De Angelis Brothers' quirky experimentation.

This movie did amazingly well in the box office due to the Jaws confusion. I've read some complaints about the way the shark looks. I have no problem with this. In fact, all things considered, I think it looks pretty good. The stock footage is the real problem. Castellari repeatedly uses the same footage of a shark swimming around with a high contrast filter and another one of a shark chomping some meat. Even that would have been ok but the incredible size difference between the stock footage sharks and the mechanical shark is laughable. 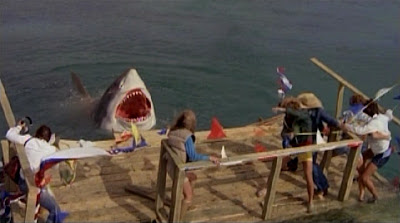 Enzo Castellari has yet to disappoint, and I'm glad I finally saw this. It really is the beginning of one of my favorite genres. Next I'll be hunting down Lamberto Bava's Devilfish, though Hammerhead (aka SharkMan) with Jeffrey Combs is probably next in my shark que. Let us not forget that Roger Corman's newest production, Sharktopus starring Eric-fucking-Roberts (one of these days I'll have to write an article on Eric Roberts and my delightfully mixed feelings for him) is coming out this year. Yes, it's a good time for sharks. It's ALWAYS a good time for sharks!
Posted by Scumbalina at 11:34 AM