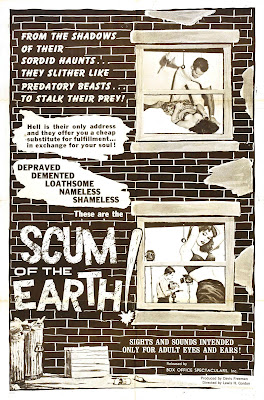 Herschell Gordon Lewis has been a favorite director of mine for years. His movies (and maybe Basket Case as well) are single handedly responsible for introducing me to Something Weird Video when I was in my teens. Naturally, a few would slip through the cracks. I focussed on his gore movies almost completely over looking his other facets of exploitation. Scum of the Earth was a title noticed, but with so much schlock to go through it remained just another notch on my massive to-see list. I hadn't even realized that it's known for the most infamous speech in the entire Something Weird catalog.

For a movie that at first glance could appear to be just another trashy exploitation flick, it's surprisingly tasteful. Like an artfully executed after school special. A talented smut photographer, Harmon Johnson played by William Kerwin, and an ex-model played by Sandra Sinclair are stuck in an illegal pornography ring. Sandy wants out and the boss has promised this to her if she can produce a new model. The target: a young college bound girl. She needs tuition money and they tell her she'll just be modeling shoes and bathing suits. It starts well, she's happy with her new job and fast cash. Harmon earns her trust and they develop a friendship. The boss, Mr. Lang played by Lawrence J. Aberwood is a serious cigar chomping asshole. He's got sleaze written all over him. There's also a few lackies named Ajax and Larry. Ajax is a hulking buffoon who likes to play rough with the models. Larry is played by Mal Arnold, infamous for portraying the wild eyed, Ishtar worshiping  Egyptian feast making Fuad Ramses in Herschell Gordon Lewis' legendary Blood Feast. I can't even express how excited I was to see him in another roll. Hilariously, his character constantly reminds us that he's a minor, when he's obviously at at least thirty. Adding even more irony is that he plays an old man in Blood Feast which was made the same year. It's this kind of campy foul play that has made me a fan of anything with H.G. Lewis' name on it. Mal Arnold isn't the only Lewis/Friedman alumni. William Kerwin is also a major player in Blood Feast, A Taste of Blood, Two Thousand Maniacs, Suburban Roulette, the Adventures of Lucky Pierre and Bell, Bare and Beautiful. I always enjoy seeing him as the ideal straight man. That's what I love about Scum of the Earth, we get to see him break away from that and play a sleaze for a change, and I might add he never looked better. White hair on the sides and a five o'clock shadow. I barely recognized him with all that sexiness going on. 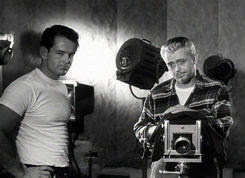 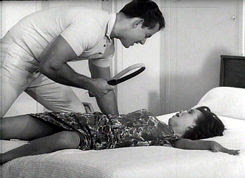 Although Scum of the Earth is considered a roughie, it's quite tame. As I mentioned there's almost no nudity, just silhouettes and a few I-think-I-just-saw-a-nipple moments. Unlike most roughies, this film has a happy ending! So you can look forward to not needing a shower afterwards. Based on Lawrence J. Aberwood's notorious "You're Damaged Merchandise, and this is a Fire Sale" speech, you would expect a lot more trashy happenings. In the end we're left with what could be considered an exceptionally well made public service announcement on the dangers of pornographers. Which I believe is a wink at the audience since that's what H.G. Lewis and even more so David F. Friedman are famous for. They turned themselves into overly caricaturized villains for this movie. 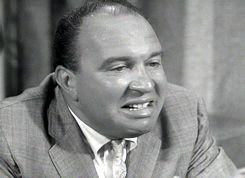 This has become an instant favorite of mine. It may be a little too modest for some exploitation fans, but for me Mr. Aberwood's venomous sermon on why Little Miss Muffet is dirty deep down inside, do you hear me? Dirty! I think his vileness makes up for the lack of vulgarity from the other characters. On that note, I'll leave you with something you've probably seen hundreds of times...


Stay tuned for my third review in the David F. Friedman retrospective, She Freak. Until then I bid you adieu...
Posted by Scumbalina at 11:55 AM