Lately I've been delving into the fascinating and awful world of Mockbuster animation. Extremely low budget rip-offs of Disney, Pixar and Dreamworks films. When it comes to trash cinema, something about this stuff seems sleazier than exploitation. Taking advantage of the ignorance of kids and the ambivalence of parents. The first example I decided to explore is this extremely crude mock-up of The Aristocats awkwardly titled "Nice Cats" ('Artige Katzen' in German). 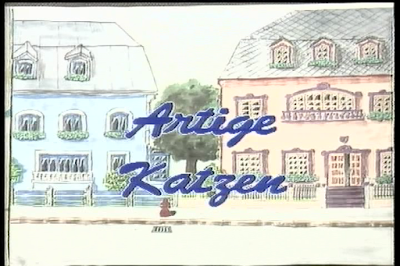 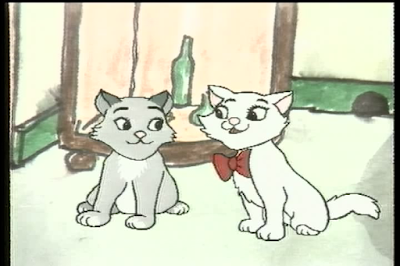 Mrs. Mcdonald is taking her three cats on vacation to Acapulco. Lauren, the mother cat and her two kittens Lucy and Lionel. It's worth noting that it's they live in San Francisco, I did the math and it's 2,400 miles. That's quite the road trip. By the end of a generic incidental casio jingle, they're in Acapulco and immediately Lucy is getting the itch to wander. Mrs. Mcdonald warns all the cats that there's talk of a cat catcher on the prowl so to stay near the estate. Lucy runs off anyway and gets herself catnapped. 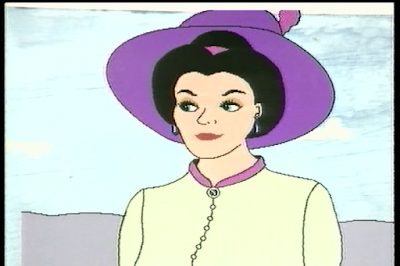 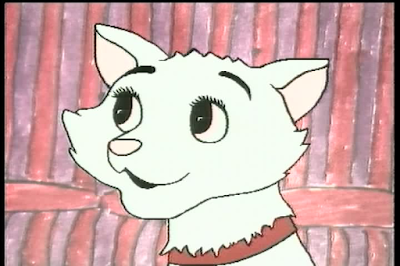 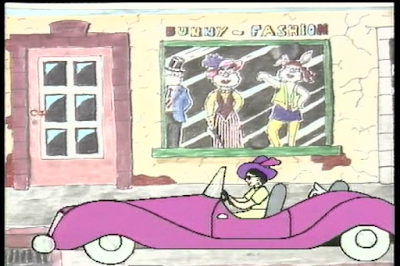 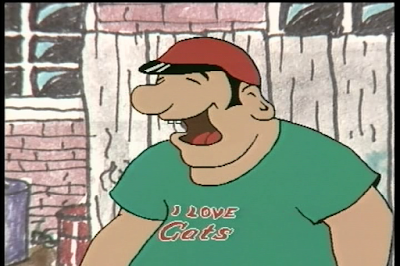 
In cat jail she meets a stray named Charlie, they work together to plan an escape. Lucy plays dead to distract the cat catcher long enough to bite his bunghole. 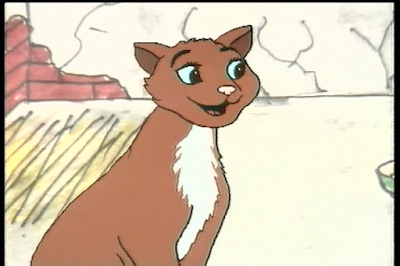 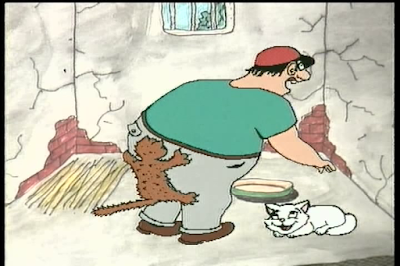 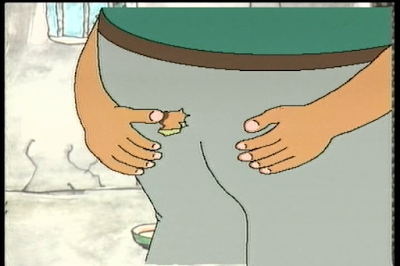 By the time they get back to the estate Mrs. Mcdonald has taken the two cats and gone back to San Francisco, an ass move if I ever saw one. So now they have to travel all 2,400 miles on foot, Encountering different animals and humans along the way who help. 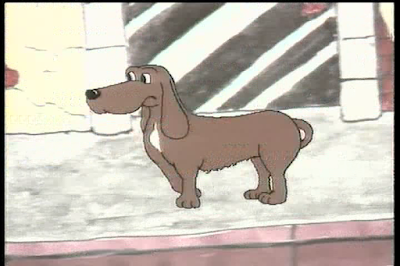 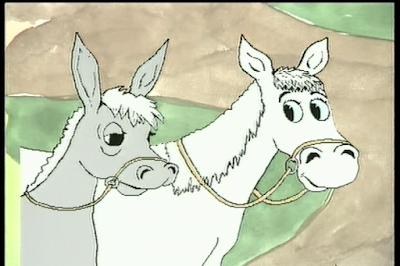 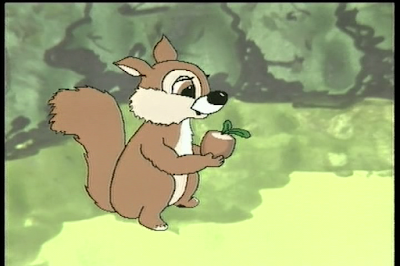 The plot is inconsequential. From the onset of the first frame you know that you're in for something truly horrific. One of the strangest companies to piggy back the success of Disney, the German based "Dingo Pictures" is responsible for other atrocities such as 'The Dalmations'  (101 Dalmations), 'Toys' (Toy Story), 'Countryside Bears' (Winnie the Pooh), and the one I'm the most excited to see 'Dinosaur Adventure' (The Land Before Time). Run by a husband and wife team, Ludwig Ickert and Simone Greiss, and I suspect not a single other employee. The backgrounds look like they were hand drawn by elementary schoolers and the characters themselves appear to have been TRACED from the source material. All three cats from "Nice Cats" have the same outline as Duchess from The Aristocats. The animation style reminds me of something between outdated 70's x-rated cartoons and that creepypasta 'Suicide Mouse'. From the limited images I've seen, it appears that all of their films have the same unfinished dullness. If the animation and copyright infringement wasn't enough, the dialog is amateurishly storybook style; with a woman narrating for every character. She has no accent but the grammar and sentax tells me that this was poorly translated from another language. With sentences like "Breathing was difficult for many people because the air was stuffy" - in regards to living in the city, or when the catcher caught a cat saying "That was a successful cat!". My favorite line however is when Lucy announces "I can't find my damn hairbrush!" - apparently Dingo is notorious for sprinkling curse words into their films. 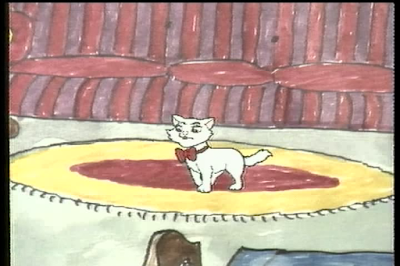 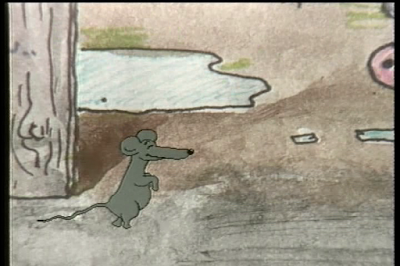 A few other things I appreciated about 'Nice Cats'... 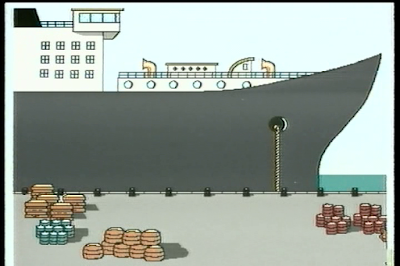 the entire movie is poorly hand drawn up until the end when they board an 8 bit boat. Suddenly we're in a video game. 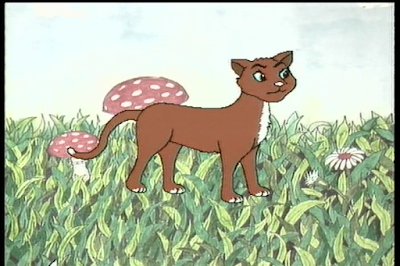 The placement of the characters over the background went beyond not giving a shit. Charlie is floating in the middle of the frame like some experimental Jean-Christophe Averty shit. 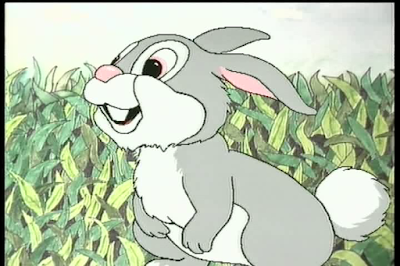 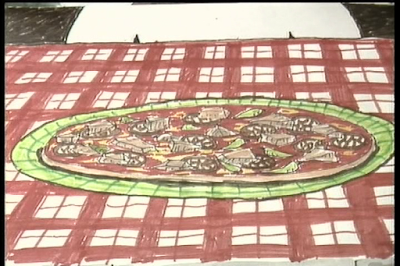 The saddest pizza I've ever seen. This isn't even Crayola, this is Roseart half way through the school year. 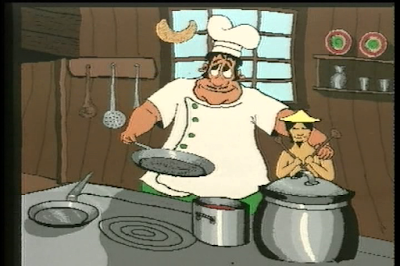 This racially confused Italian restaurant with a pizza being flipped like a pancake and a miniature china-man wearing a coolie and holding two sticks in front of a closed pot. This may be one of the most confusing moments in film history. I am literally stunned.


With my own "nice cat" Egbert recovering from oral surgery, this seemed like as good a time as any to participate in this bewilderment. Egbert has the luxury of pain killers why I painfully endured in sobriety. 'Nice Cats' and "Dingo Pictures" in general  is a personal journey you must decided if you want to take. God help you if you're as masochistic as me.
Posted by Scumbalina at 10:36 AM