The Extra-Terrestrial Cat in Boots (1990) 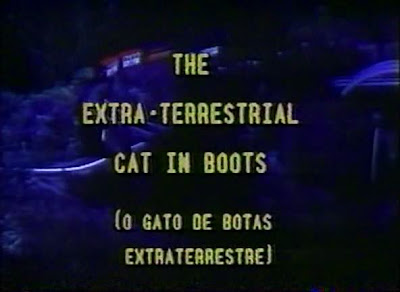 Watching foreign movies without subtitles is an art. It's something only a handful of movie fans are willing to subject themselves to and only as a last resort. When the alternative is NOT watching a movie called "The Extra-Terrestrial Cat in Boots" featuring Coffin Joe, there really is no option at all. It simply must be done. I had hoped that my vague memories of "Puss in Boots" would  be favorable in my comprehension of the film. On a very basic level, it was, but as soon as I saw spaceships and wizards I knew this would be yet another subtitle-less testament to my obsession with both bizarre and cat related movies.

On that note, let's meet O Gato himself... 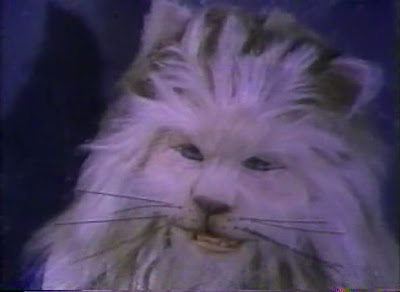 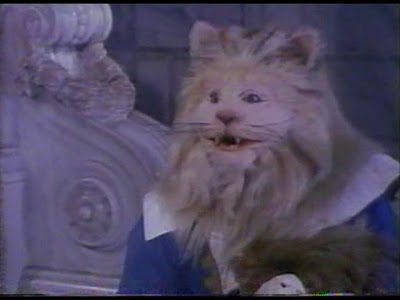 Clearly one of the greatest Man-Cats to ever grace the screen. The mask was actually pretty well made and at times reminded me of the Beast in Jean Cocteau's Beauty and the Beast. Not THAT well made of course, but in the sense that it was kind of life-like, partially animated and TOTALLY creepy. If you're not as enthralled with the appearance of O Gato as I am, you probably won't like the rest of the movie because there's a lot of him just walking around catching ducks and shit. Unless of course you speak Portuguese  then you may dislike the movie for a number of other reasons. 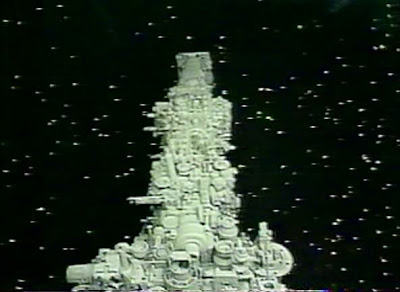 The spaceship of course being nowhere on that list.

For the most part the film does follow the original story. The Cat from outer-space comes to earth in a Star Wars-esque ship with a group of fellow spacemen (regular looking men, no more man-cats unfortunately). All but one seem to disappear after the first scene. It's pretty clear after about 15 minutes in that O Gato's companion is supposed to be the Miller's Son from the original fable whom the Cat hooks up with treasures and princesses and what-have-yous.

The bad guy is a cool-looking Sorcerer with a really cute pet owl. He spends a lot of time in his castle making poo-poo faces and pouring blue liquid into beakers. 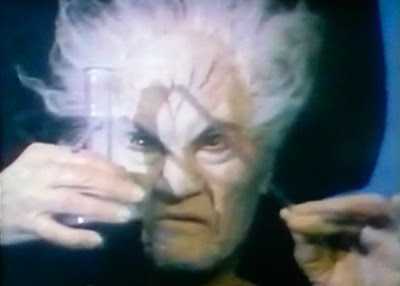 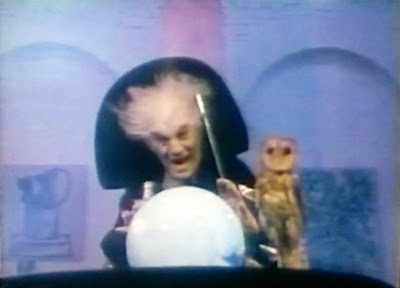 Look how cute that owl is! Omg.

I was under the false impression that José Mojica Marins was a primary character when I procured this little gem. He's in the film for maybe five minutes. Although I have no idea why or what he's saying, he gave the film the Coffin Joe touch, which makes ALL films complete. He basically floats around, follows O Gato, confronts him, says something menacing then disappears  I can only assume that he's a shape-shifted version of the Sorcerer/Ogre character that lives in the castle. 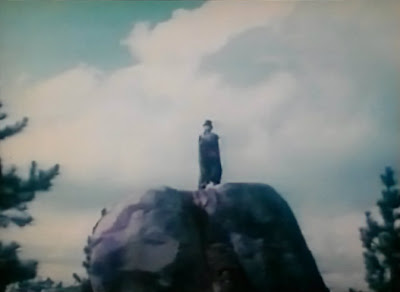 Who's that on that thar' mountain? 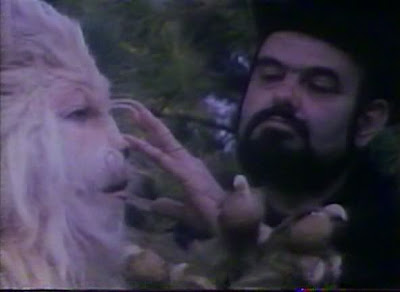 Oh Snap! It's Zé do Caixão! Hide your town virgins! 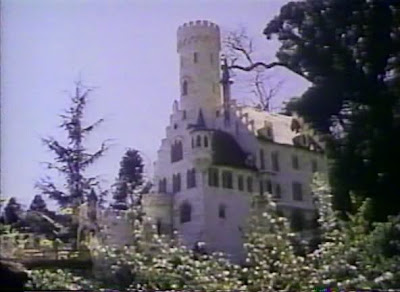 The castle. Just because it's cool.

The things that made O Gato De Botas Extraterrestre confusing were the things that also made it interesting and set apart from your garden variety Puss in Boots Kiddie Matinee feature. If you know the story, you could probably get through it easily and take from it a bounty of strangeness. I'm still on the prowl for a subtitled copy but as for now I'm satisfied with my subtitle-less Man-Cat-Alien-Sorcery-Coffin-Joe experience.

I'd like to start reviewing all the different versions of Puss in Boots as a personal project. I have the K. Gordon Murray one in my possession which will probably come soon. This will of course exclude the recent Hollywood film which I have no interest in whatsoever. I recall a straight to video version from the late 80's with Christopher Walken that I'll probably revisit as well. Any suggestions, dear readers?
Posted by Scumbalina at 3:50 PM