Fredric Hobbs is one of those cult filmmakers who you either get it or you don't. His movies may appear to be just a few of the thousands of low budget genre films being cranked out in the 70's, upon closer inspection you'll find a whole world of mutant sheep, mystic ganja, ghost magicians, frankenstein vampires, mind control, race relations, voodoo, naked hippies, weirdly sculptural cars, a black Hieronymus Bosch and quirky sexual peccadilloes. I'm a little obsessed with him and I'm so happy to finally be able to review the last of his three accessible films, Roseland. 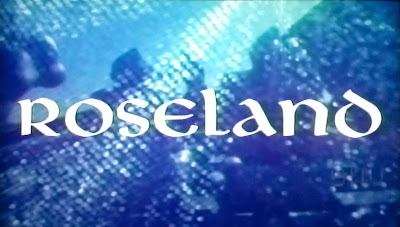 By far Hobbs' most sexually driven story. It follows a man named Adam (played by Hobbs alumni E. Kerrigan Prescott) who's become obsessed with voyeurism after studying the painting The Garden of Earthly Delights by Hieronymus Bosch. He's unable to perform sexually so he steals porno reels and becomes a bonafide peeping tom. His obsession has ruined his career as a singer so he now spends hours in a therapist's chair trying to come to terms with his problems. Roseland, like all of Hobbs films, takes many creative liberties. Adam's hypno-therapy puts him in a deep state of sleep where we see an expressive nudist hippie dream sequence in slow motion. Extended even more with Adam and a particular girl rolling around naked in a filtered softcore love scene. Not the most interesting part of the film, but relevant. There's also the infamously amazing song and dance flashback where Adam and his band perform "You Cannot Fart Around with Love", which is one of the more endearing moments in the film. I like when it becomes clear that although an experimental filmmaker, Hobbs isn't taking himself TOO seriously.

Our hero Adam, also know as the Black Bandit for his porn thievery, gets a job in the box office of a burlesque theater where we get to see a very raunchy strip-tease from a lady performer and and even more entertaining strip-tease by Adam himself where he's shimmies down to nothing but a pair of lacy panties. He's inevitably hauled off to a metal institution where he seduces nurses which I suppose would mean he's cured of his little problem, thought it's never directly addressed. A black Hieronymus Bosch appears (played by Christopher Brooks, another Hobbs alumni) and begins explaining everything to Adam in a very poetic, somewhat irrational Hobbsian way. Simply put, the reason Adam was so drawn to the Garden of Earthly Delights is because it is Adam's future. Adam is intended to be ADAM (of Adam and Eve fame) after the impending apocalypse which is sure to happen because of how shitty we treat our planet. Gotta love the eco-political undertones. We're then propelled into the future where the evil therapist is flying overhead in a plane spraying some kind of poisoned gas into the air where Adam's nudist hippie fantasy was taking place, only this time it's real? Everyone dies except Adam and his fantasy Eve (the girl he was rolling around with) who float away on a giant phallic rose, making love, probably repopulating the human race. 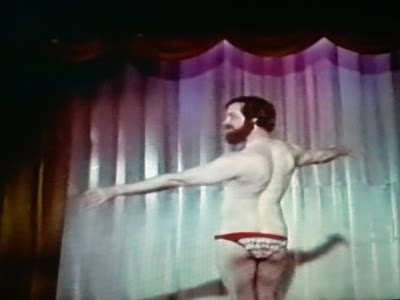 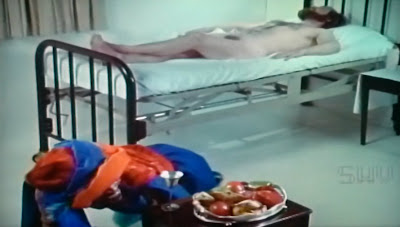 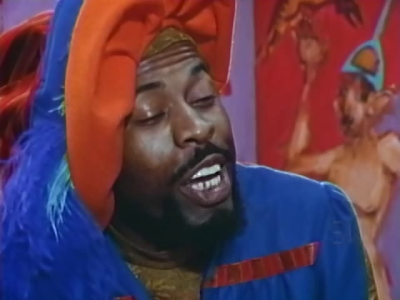 Hobbs films appeal to a very small audience. Look up reviews for any of these. Roseland, Godmonster of Indian Flats or Alabama's Ghost (you can find my reviews for the other films HERE and HERE, and mentioned in my review for Faster Pussycat! Kill! Kill! is a conversation I had with his editor Richard Brummer). His style doesn't jive with a lot of people's taste.  He's definitely trying to convey a message with these films and being that they are also b-movies, that can be difficult to get across to an audience. You really have to have a strong appreciation for both low budget and outsider cinema to dig Hobbs' work. The ability to suspend disbelief doesn't hurt either. The political aspects of his films haven't moved me much, most likely from such a huge generational gap. The strong imagery and artistic stylings hold it all together in a way I can only loosely compare to the work of Russ Meyer and Andy Milligan. I enjoy seeing the same cast return for each film as well. I mentioned in my review for Alabama's Ghost that E. Kerrigan Scott was a personal favorite of mine. Roseland has secured a place in my heart for that guy. I just love seeing his bearded face, and you can tell her really loved making these movies. 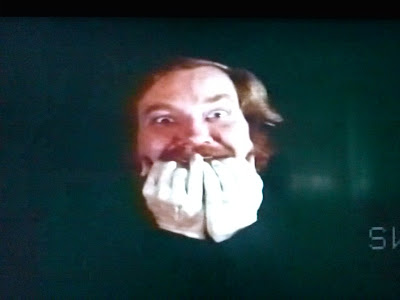 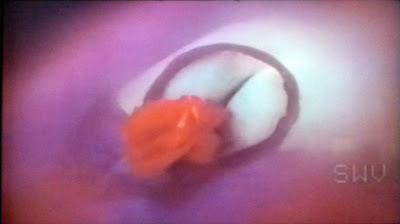 He would have to love making these movies to let Hobbs put a rose in his anus.

I'm not sure where I would rank Roseland in correlation with the other two Hobbs films I've seen. As a general rule I tire of sex scenes quickly.  Roseland is a little different. It FEELS different and the gonzoid plot kept me completely captivated. They're all so unique, atmospheric and wonderful. I know this will probably be the last Fredric Hobbs review I do for a while, if ever again. His remaining films are near impossible to locate. I'm currently trying to track down a copy of his film Troika from 1969. I've spoken to a few people who have seen it so I know there are copies floating around out there somewhere*, hopefully one day I'll be able to experience it myself. I have little hope for ever finding his first film "Trojan Horse" (1967), a documentary on the creation of one of his parade sculptures. His website also cites a final film from 1978 called "The Richest Place on Earth", which I had previously read was a book he co-wrote and illustrated. Not sure if that's misinformation or if he actually made a film based on the book.

I wish there was a bigger following for Fredric Hobbs. His films and artwork deserve more exposure. I'm just happy to have experienced these three wonderful films that have become pivotal pieces in my huge cannon of movies I'm obsessed with. Something Weird no longer carries Roseland so if you're lucky enough to find a copy, give it a spin and let me know what you think. 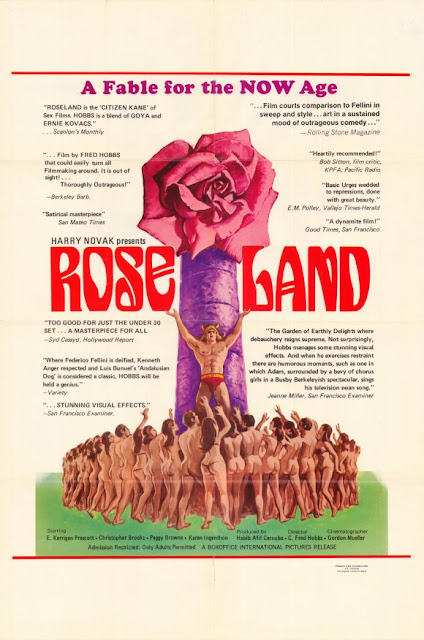 *If anyone knows where I can find a copy of  Troika, I will make it worth your while.

Posted by Scumbalina at 5:01 PM