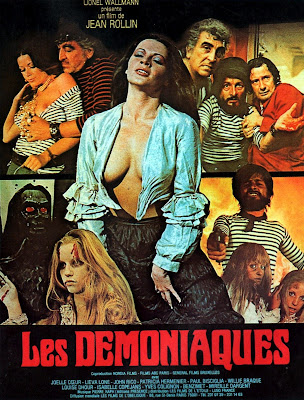 I recently watched Jean Rollin’s film The Demoniacs. Another gorgeous entry into his dreamscape of a film cannon. This one is a nod to the adventure stories Rollin grew up with. Treacherous pirates chasing after nubile maidens. Of course it’s still a Rollins movie so it has a tendency to waver a bit on the bawdy side at times (and perhaps a bit rapey-er that I like them) but his incredible ability to tell a story through images and emotions is unmatched especially in the horror and sexploitation genres.

In Demoniacs I noticed his wonderful use of color, and the fact that it would appear that he decked his cast and sets out with the contents of a Halloween costume shop. If you get around to seeing it, pay close attention to the wild decorations in the bar.
Also, I must mention the lovely clown girl who guards the temple. I’ve always had a thing for female clowns and apparently so did Jean Rollin, as I've noticed it's reoccurring theme in his films. 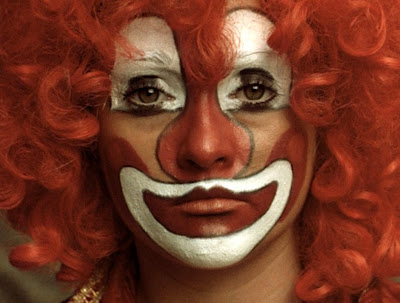 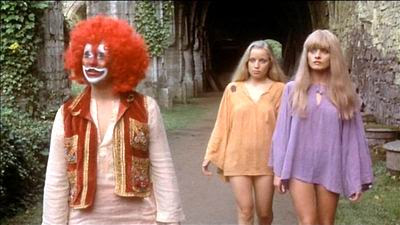 There’s just something really special about the worlds Jean Rollin creates. It’s a really nice place to visit, despite the rape and slaying. As I mentioned before, there are quite a few of Rollin's films on netflix instant right now (including Demoniacs), so if you’re privy to that kind of thing, go take a gander and revel in the atmospheric nightmares that this one of a kind auteur created for us. 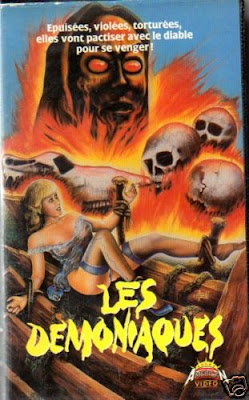 Posted by Scumbalina at 4:44 PM