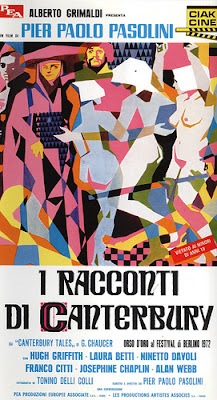 I've been making my way through Pasolini's Trilogy of life since it's currently available streaming on Netflix. I've been curious about Arabian Nights for years and it only made sense to watch them in sequence. With Salo being the only Pasolini film I'd seen prior to this year when I watched the Decameron, I really didn't know what to expect. Salo a is voyeuristic opus of degradation and depravity. I was pleasantly surprised to find the Decameron to be, although still teetering on vulgarity, a breath of fresh air. It set the tone for what I could expect from the rest of the trilogy. So finally, a few months later I made the leap for Canterbury Tales.


In this anthology we're shown several stories from Geoffrey Chaucer's classic collection of bawdy tales. Ranging from the charming to the flat out raunchy, never has there been a fart joke more endearing than told by Pasolini. Set in medieval England, while on a journey a group of men are told to tell tales to pass the time. Reprising his role as the narrator/artist is none other than Pasolini himself who sits in his room collectively writing these stories. In his usual fashion, he makes a mockery of religion and bourgeoisie society. Amorously poking fun at the rich and the corrupt while putting the simplicity of sex and potty humor on pedestal, where it belongs! 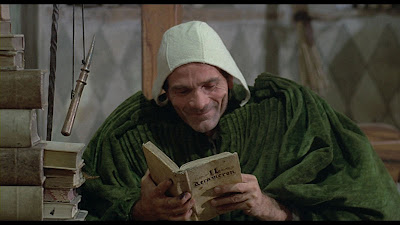 The Canterbury Tales is like the Decameron 2.0. Just as silly and careless, but punctuated with an exclamation point. I especially loved seeing Ninetto Davoli return to play an equally playful and wide eyed rascall of a guy as he did in the Decameron. Davoli ended up being my favorite character in both films. I looked him up afterwards to discover that he was Pasolini's long time partner since he was 15 years old, and appeared in a handful of his films. He was delightful and I anticipate seeing him more in my journey through Pasolini's world of film. 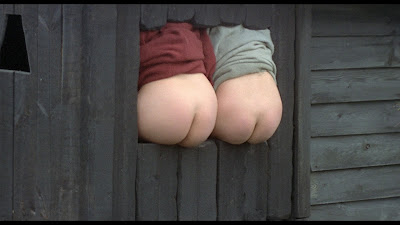 The Canterbury tales matched the Decameron in a lot of ways, what really put it on the map for me was the outrageous finale. Like an absurd Goya painting come to life we witness a Jigoku-esque Hell sequence in which unspeakable obscenities are being committed. Demons raping women, demons raping men, demons raping each other and best of all Satan shitting out said demons to wreak their rape-y biddings. An amazing sight indeed! I'm a sucker for a good depiction of Hell and this one rivals some of the best. 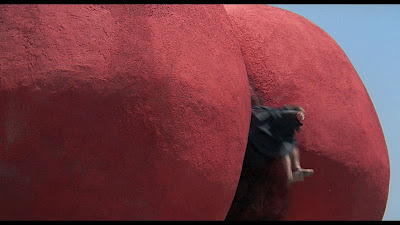 There's no denying that Pasolini was a multi layered genius. A poet in every sense of the word. His political agenda mixed with his sly sense of humor and questionable morals has made him one of the most revered filmmakers of the 20th century. That being said, I can barely contain my anticipation for Arabian Nights. The last installment in his Trilogy of Life, on that note I'll leave you with the promise of a final review in the very near future! 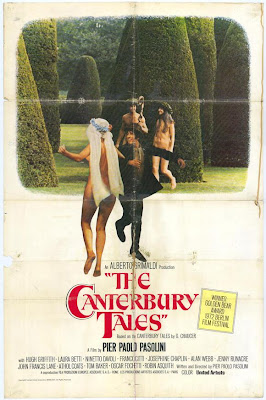 Posted by Scumbalina at 5:38 PM