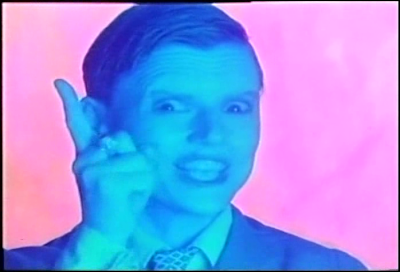 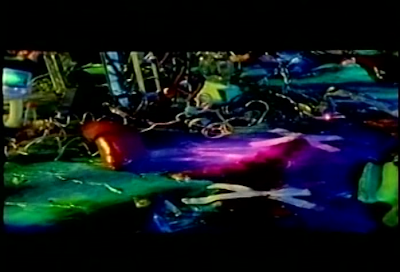 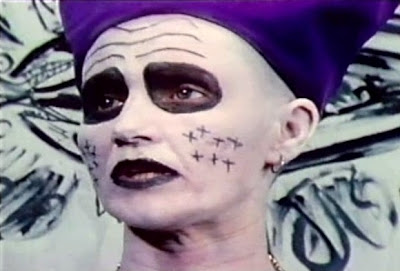 Attempting to find or follow any kind of coherent narrative in Dandy Dust is futile. There's a loose interpretation of a story-like thing involving a cyborg, lesbian clones, memory loss, sex spiders, drill dicks and space travel. Despite mostly having no clue what was going on, I would be remiss not to at least mention these plot points in passing. Instead of  pretending to know what I'm talking about I'll move on to the real star of the film: The highly saturated experimental special effects. At the end of the day that's where 98% of my attention was drawn. Me and probably any human-like person subjecting themself to this fluorescent celluloid orgy. From a certain character having a lighter flame for a head or the vagina-torso'd (I think I just created a word there) spider was aptly named "Spidercuntboy" - these were all passing fragments I can but feebly piece together in this neoplasmic assault of the senses. 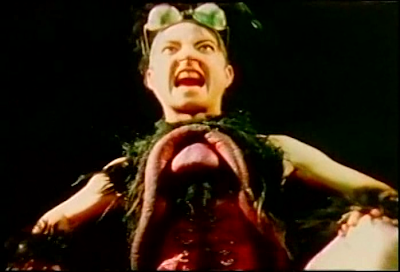 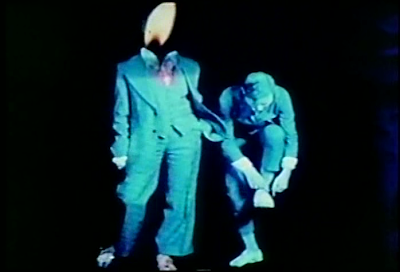 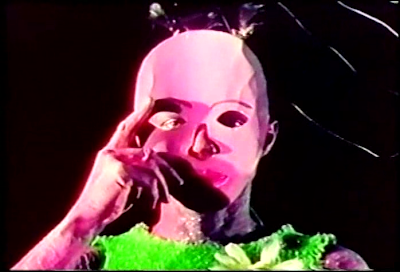 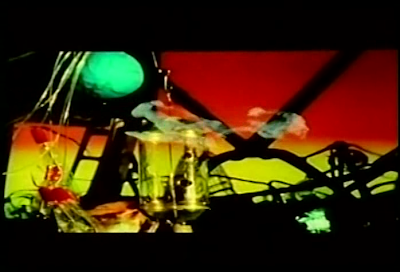 Using all kinds of extremely effective low budget techniques, Dandy Dust took 5 1/2 years for director A. Hans Scheirl, to finish. Being completed just two years before the 21st century, Dandy Dust just may be the quintessential cyber punk opus. It covers so much ground while still being utterly ridiculous and visually stunning in a cut and paste black light and cardboard kind of way. You can really see the care that went into making this hyper-sexualized gender bending sci-fi expression of pure pandemonium. Every detail of every black light heavy set piece, neon paper mache costume, electric potato starch slime, every barrage edit and stop animation clip, 16 mm projection, every dazzling shadow every video toaster manipulated effect was placed haphazardly and doused in magical unicorn jizzim to seal it with a cosmic kiss from Kenneth Anger and Rinse Dream to make a rich tapestry of vulgarity and psychedelia. 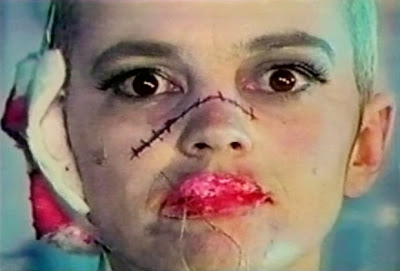 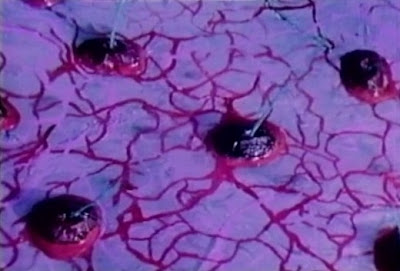 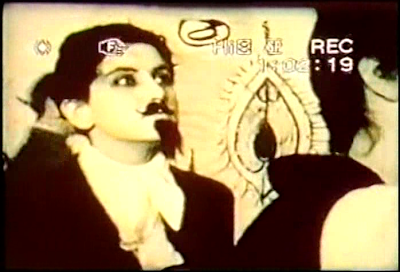 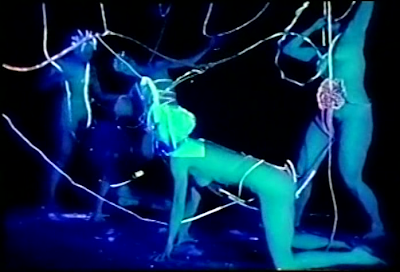 This review is running a little shorter (and ramble-y) than most. Not because I didn't love the film but because it's in many ways greater than words. It fits into a very exclusive type of films I fucking love that I very rarely get to see. My default case-in-point has always been, Rinse (Stephen Sayadian) Dream's Dr Caligari. Which looks like a Tennessee Williams play compared to this distorted kaleidoscopic hullabaloo. Other notable films that remind me of/ have similar characteristics would be Liquid Sky, Pink Narcissus, Carmelo Bene's Salome, Superstarlet A.D., Geek Maggot Bingo and this amazing Max Headroom-ish  movie from 1989 called "Split" that no one ever talks about for some reason. There are also moments reminiscent of the Kuchar Brothers and more recently Craig Baldwin. Not to name drop too much but I couldn't help while watching the film but find myself in waves of prismatic nostalgia. 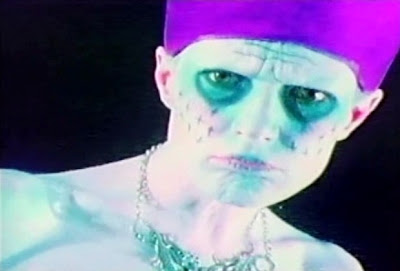 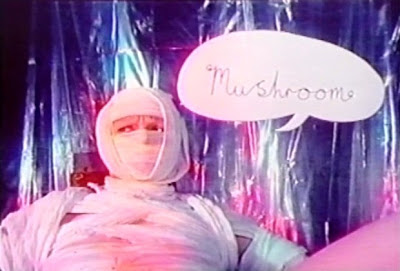 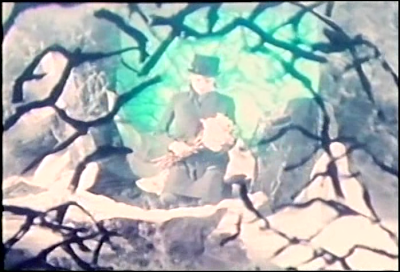 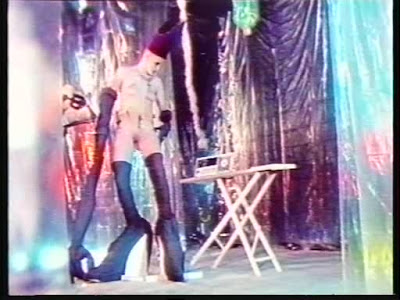 After the movie ended I had to take a few days off of all activities requiring use of my brain. After slipping into a pornoplastic diabetic booger coma, I awoke with a new sense of being and a revelation that this is the kind of movie I should be watching all day every day, or at least spend a good portion of my life seeking out films such as this that can make my frontal lobe quiver with candy colored wonderment. 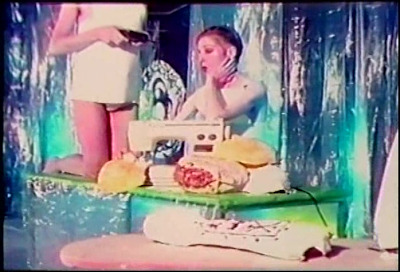 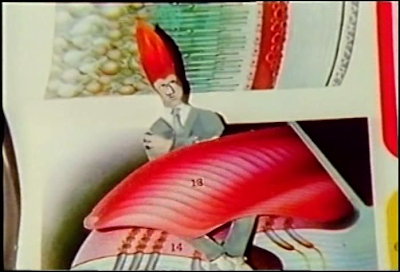 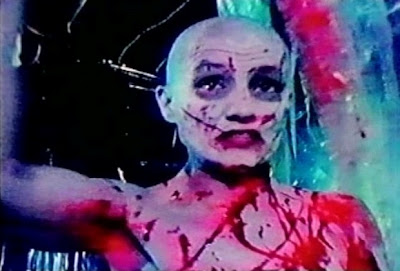 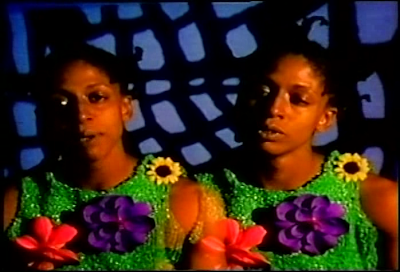