January turned out to be a pretty chaotic month for me. I was hoping to have at least one review posted before the end of the month but wasn't able to get it together quite in time. I watched stuff but not the way I wanted; a mainstream movie here, a classic there, very little of the stuff that keeps me so invested. The few I did squeeze in were phenomenal. I kicked off the month with Sogo Ishii's August in the Water which has set the tone for the kind of movie year I want 2015 to be. It was dreamy and ethereal - kind of new age-y. It's catapulted a newly revived obsession with Sogo Ishii. I saw Electric Dragon 80KV and Burst City years ago when I was going through an obligatory Japanese Cyber Punk phase. In more recent years I saw Crazy Thunder Road which I enjoyed equally. His films of that ilk are totally genius but such a far reach from August in the Water I could hardly believe it was the same guy. I sought out Mirrored Mind which is a life altering experience that I highly recommend. I don't really want to talk about it yet though. I have a hard time committing to movies that effect me so strongly. Movies that become apart of me need at least two, but more like three or four viewings before I can attempt to piece together what they mean to me. So perhaps that's something I'll come back to in a few years. Where I'm going with this is that my interest has once again turned to Japan and a slightly different kind of Japan than my cinemagnatism would normally be drawn. What I crave at present is more meditative than abrasive, it's an unusual direction for me and I'm totally digging it. I've since fallen into various research comas that have lead me to lots of different stuff. Not much that's as notable as the two Sogo Ishii films. Lots of interesting shot on video pieces, digital works and video art. I came across this one and for whatever reason it piqued my interest, and because I've never reviewed a porno before I decided to break the silence with something out of character for me. 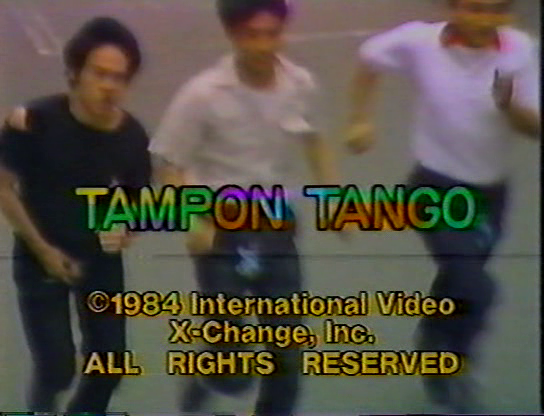 Tampon Tango drew my attention because it seemed like it wasn't sure what it wanted to be. It appears to be very film-like but then of course there is real sex. Coming from Japan it could very well be a substantial cult film and also features weeners and vaginas uniting. It immediately breaks the fourth wall by joyously announcing that it's a porno and panning out to see very harmless-looking public sex. Very non-invasive and innocent. Almost fake looking. I immediately thought "well if that's as bad as it gets, this will be a breeze". As the film progresses the only information that's really given is that they will be inserting tampons because "it's never been done before". Then there's THAT scene and it's as expected. Totally un-porn-like, almost instructional. While one girl is inserting a tampon at a lake she's struck by a meteorite. 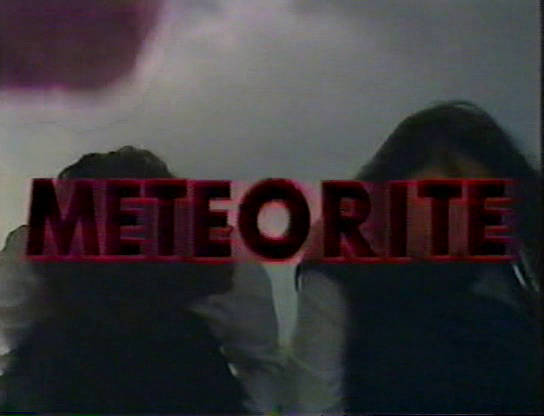 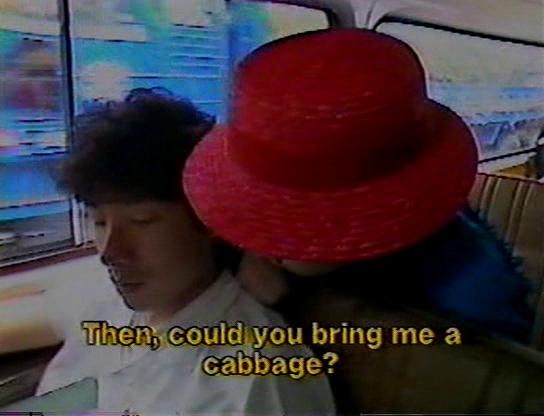 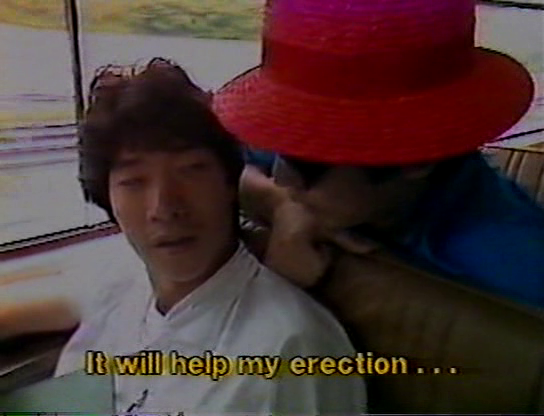 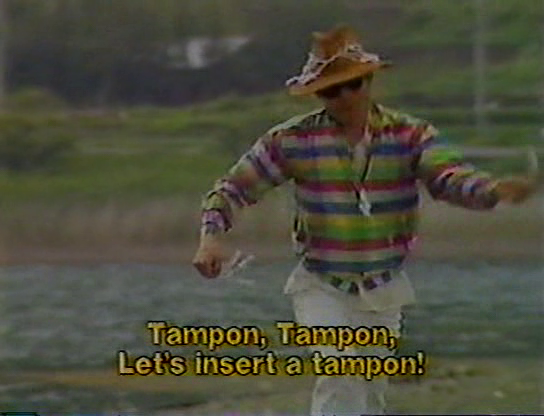 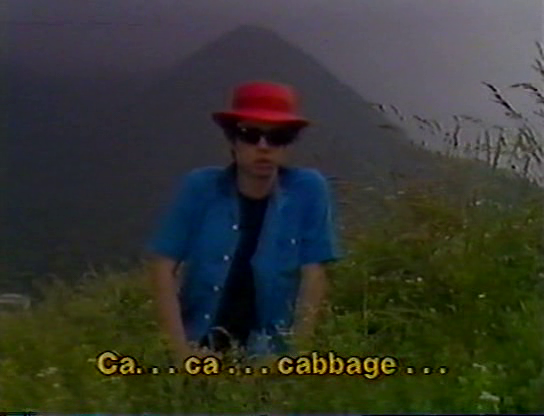 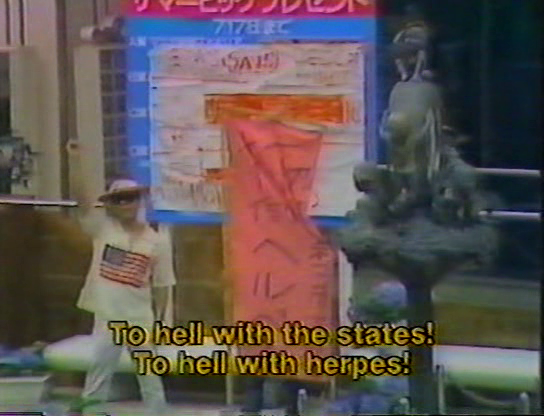 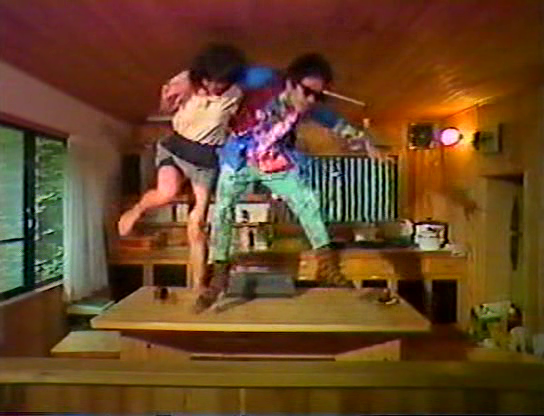 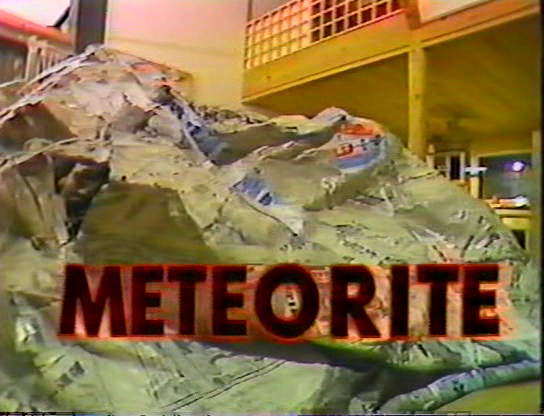 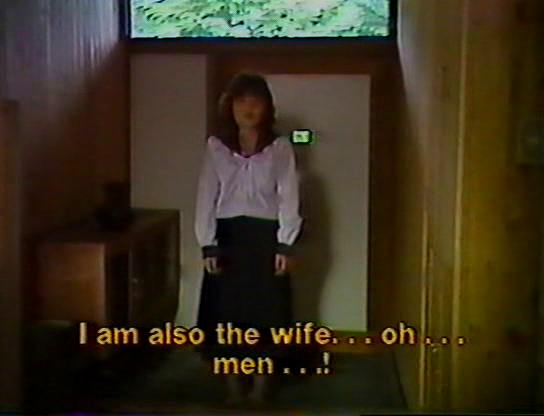 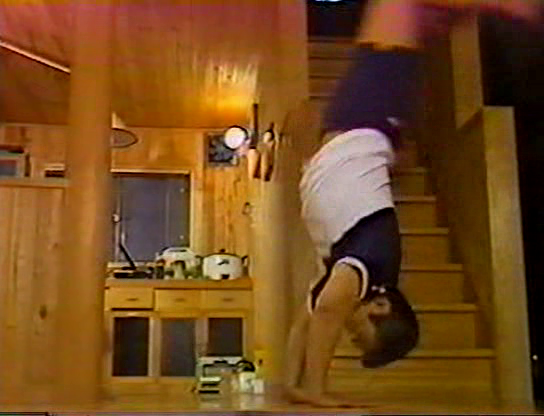 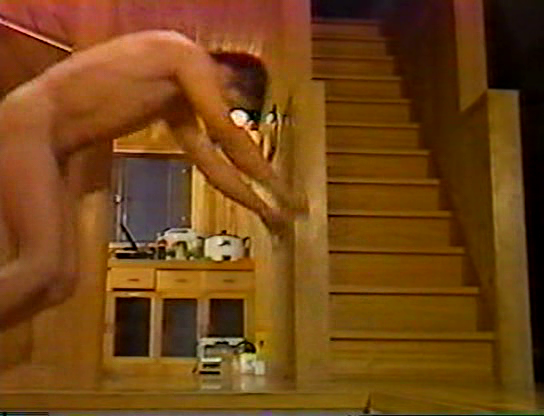 This guy flips into the scene and lands naked. 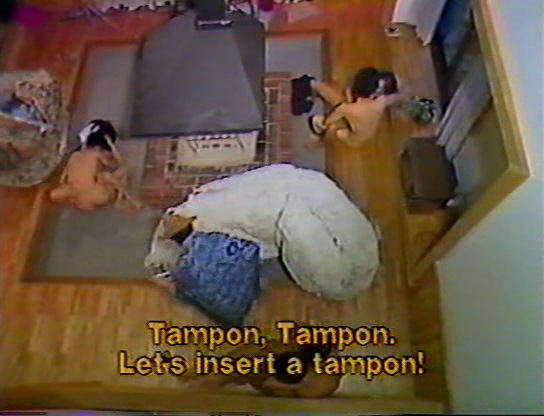 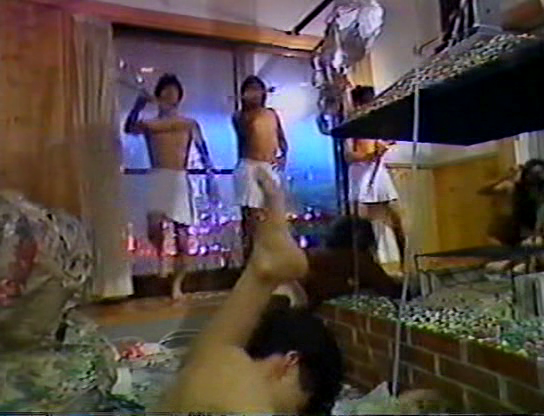 Did it satiate the craving that those masterpieces I watched earlier this month created. No. But it was an interesting diversion.
Posted by Scumbalina at 6:03 PM