I haven't watched much TV this week with the exception of inviting the inevitable geek-out freak-out into my life by starting Season 5 of Sailor Moon. Now, I would go ahead and start a girly nostalgic tangent about how that show shaped me in a lot of ways, but...I already did. On my other blog, Unicorn Wizard, where I allow myself to embrace the ultimate tackiness. It's kind of my everything else blog, although I have a few reviews lined up for that one too. Anyway, I wrote a blog on Sailor Moon and how obsessively in love with it I am and always will be. I also touched upon my discovery of the Magical Girl genre, basically saying that all hope isn't lost. Which would be a given to any anime expert who probably views Sailor Moon as one of the many overrated Americanized anime's aimed at kids (despite that whole lesbian subtext thing). That may very well be true, but I'm not your typical anime fan. I can't stand the sharp graphic style of digital age anime. So this week rather than talk about a show I haven't been thinking about or watching, I'd rather nurture this budding interest. So just for fun and to make sure I've filled a spot for TV Tuesday, here are some intros to cool vintage animes that I've been getting into lately (boys beware, mondo cuteness afoot)...

Sally the Witch is widely known as the first Magical Girl anime starting out in Black and White in 1966. Unfortunately there aren't any clips on youtube that I could find, which sucks because the theme is way cooler than this 80's version. You get the idea though. She's an awesome magical witch girl!

I especially like this one because she has my name :-) , pretty lame, eh?

I found a couple of Candy Candy comics at a local thrift which has really fueled my interest in this one. It really doesn't get much cuter than this.

I'm pretty new to Cutie Honey. I've been having a bitch of a time trying to track down episodes that aren't streaming on youtube. I did see the live action movie that came out six years ago and despite it's mediocre reception, I quite enjoyed it. Maybe I'll review it one of these days.

This is a recent discovery too. In fact I haven't actually watched any entire episodes, but this opening was too good not to post!

So up my alley.

I have no idea what's going on here but I want everything to do with it.

The reggae theme is kind of puzzling.

One of the coolest animes ever! I also just found out that Takashi Miike made a live action version of this one last year. Very anxious to see it! I'll make it a priority to review it when I do!

This week's TV Tuesday is more along the lines of what I should be posting on Unicorn Wizard, so if you liked it subscribe to U.W. I get no love over there. If you didn't like it, sorry! I'll try to actually watch something show-like this coming up week so I won't take away perfectly good blogging material from my Unicorn spirit. Until next time! 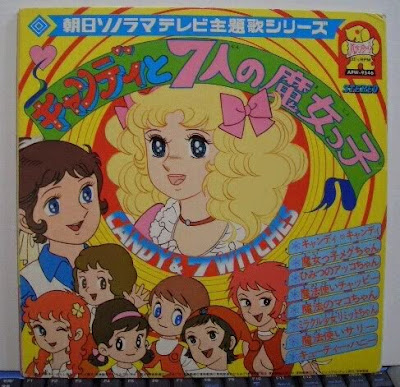 Posted by Scumbalina at 5:35 PM