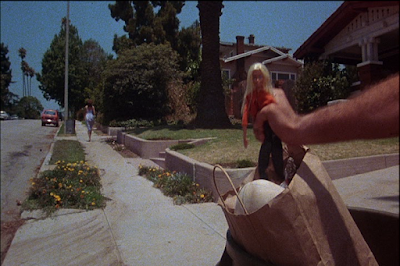 My previous experience with the Slumber Party Massacre series can be summed up in this brief timeline...

-2001: I discover Slumber Party Massacre 2 at a Flea Market. It's described to me as "A real Diarrhea flick" by the redneck who sold it to me. I disregard it as being a sequel and watch it first. LIFE CHANGING. I watch it at least a dozen times. It's all I watch that year.

-2003: And I continue watching still, only now I have also become immersed in Troma. My taste is taking shape.

-2004/2005: Having done almost no research online I finally take an interest in seeing the the original. I wondered if it featured the same killer or was a musical. I watch The Slumber Party Massacre and am immediately put-off by the different tone, different killer and soundtrack I found completely uninteresting. To my 18 year old schlock obsessed brain, this was too serious and failed in entertaining me in the way I had come to expect. It's worth noting that I almost always have gravitated to the less-serious sequels in horror franchises. They speak to me.

-2006/2007: I stumble across a copy of Slumber Party Massacre 3. I know that I inserted the tape into the VCR, but all memory beyond that is null. Which probably means I experienced a similar disappointment and then fell asleep.

-2016: I recently picked up the DVD collection so I can re-visit the series with an open mind. Starting from square one, I put on the first. I warm up to it in the opening shot. Where Part 2 is all kinds of in-your-face weird, the original is also kind of strange but in a more subtle, read-between-the-lines kind of way. It really doesn't "feel" like any other slashers, not in the way that slashers notoriously mimic each other. For starters, you see the killer's face immediately. There is no mystery to the identity of Russ Thorn. I may not have understood this in my teens but as an adult, I admire the approach. He's just a man, and men are scary. Men kill women. It's very simple, and it works here. 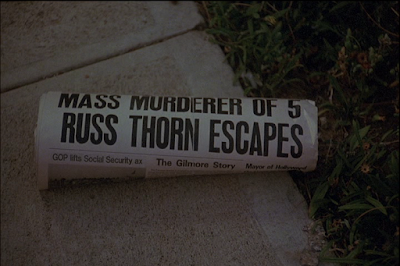 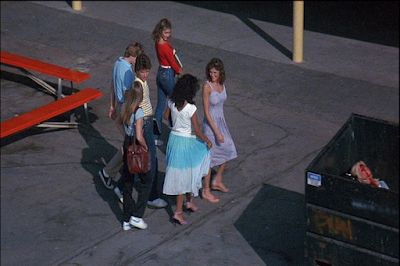 Slashers had been around for a while, and there certainly wasn't anything ground breaking about teenagers in peril. What feels fresh to me about the Slumber Party Massacre films is a specific feeling I get from the Southern California landscape and how these teenagers exist in it. Filmed in Venice beach, Slumber Party Massacre opens with a shot of palm trees. Funereal synth music plays over the credits, and our (first) leading lady Trish dresses herself for school. The nudity in this film is especially cold and deliberate. Amy Holden Jones was clearly adding it out of obligation so these scenes are completely devoid of sexuality. Kind of a "just get it over with" approach. The sex is in the subtext. 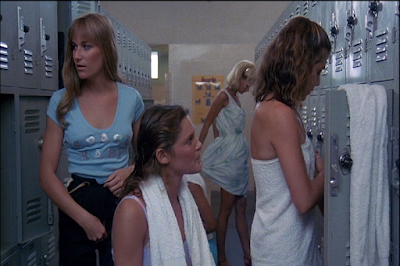 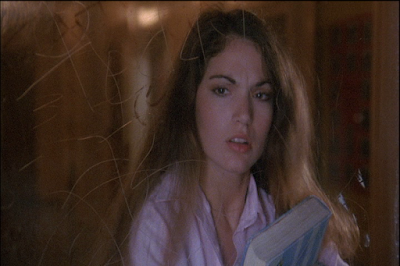 The thing about this film and the sequels that's so remarkable to me is; yes, there's nudity, yes they're getting murdered with a phallus but I've always picked up on a strong sense of female unity. I love the way Amy Holden Jones films these girls and shows them interacting with each other. It's very clearly the mark of a female, and likely feminist filmmaker. The idea that strong female personalities can't exist in exploitation films is a misguided opinion that has always frustrated me. The friendships in the first film seem especially real. What drew me to these as a teenager is that I had dreams of idyllic slumber parties with my girlfriends. I wanted the pizza, the popcorn and the glowing TV lighting our coven. In a way I've modeled my lifestyle around this desire. All I really want is to watch horror movies with friends and eat food I shouldn't be eating and pretend it's 1982. Is that so much to ask? 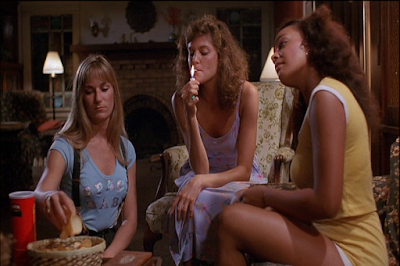 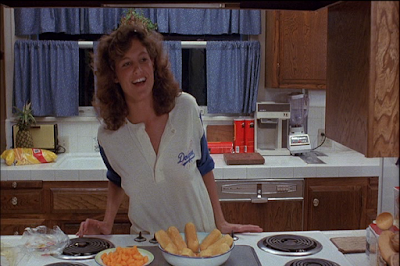 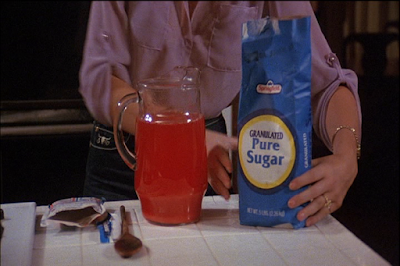 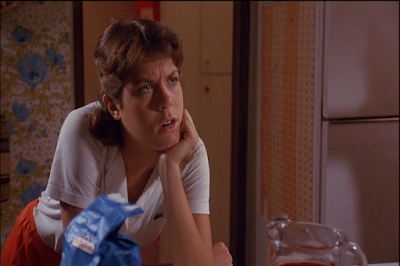 Courtney, we will be seeing her again in a different incarnation.

I still have less to say about the original than it's handicapped siblings. It's very direct and I still find it mostly humorless despite claims that it was intended to be a horror comedy. It laid the foundation for what was to come, and for the ME that was going to blossom from the soot of a Panama City Flea Market because of spell that would soon be cast by a certain Drill-Guitar wielding Rockabilly Killer.

Stay tuned for my review of Slumber Party Massacre 2, and don't forget... 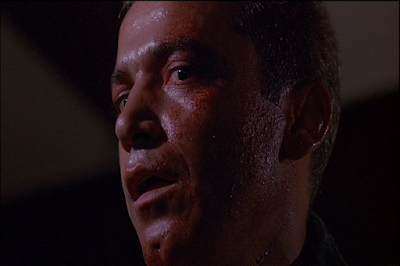