I have a list of movies I want to review. Eventually I'll get back to doing in depth singular reviews but for now I'm going to catch up a bit  by compartmentalizing these movies into several bunches of mini-reviews. Which seems to be the only way I can get any writing done these days. Anyway, for now I'm starting with three recent views that I was mildly to not at all impressed with. Enjoy...or something. 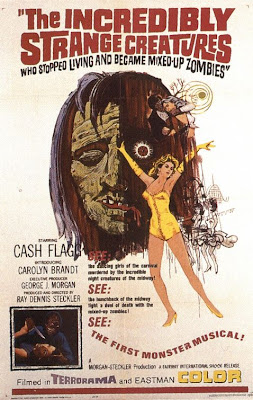 I finally saw the Incredibly Strange Creatures Who Stopped Living and Became Mixed Up Zombies. I looked forward to it for years. To the point where even after I bought it I was afraid to watch it. Now I know why. It completely disappointed me. I'm not exactly sure where my expectations began and blind affection for Ray Dennis Steckler ends. The trailer seemed magical, the self proclaimed "first zombie musical" sounded captivating but in reality it lived up to very little of what it promised. The "musical" aspects were mostly schmaltzy burlesque stage shows that included very few of the actual actors (if you would actually call the "actors"). Obviously just carnival footage of stage shows. The plot is really thin and between Steckler's acting leaving so much to be desired and the over use of carny exposition there really wasn't much of a chance for salvation. Truly saddening, I really wanted to like this movie. I wanted to love it. Now I'm almost afraid to make the leap for the Thrill Killers, which I also own and is currently collecting dust. Wish me luck on that one, folks. 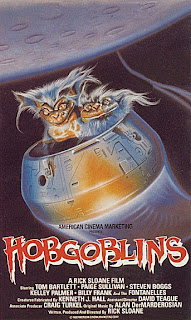 I also recently watched Hobgoblins. This time I had almost no expectations and that's a good thing because they were still barely met. The film would have you think it's another tiny creature feature film ala Gremlins, Munchies, Ghoulies, Critters, etc. But all of those (including Munchies [even Munchie and all of it's hypnotically repulsive sequels]) are light years ahead of Hobgoblins in entertainment value. It just didn't do it for me! The creatures are more of a frame of reference to explain the dreamlike death laden trance that they supposedly put their victims in. Other than that, they're relatively harmless and also rather illusive. You hardly see them through out the entire movie. It had it's moments but overall left me feeling a void that only a tiny monsters, or many tiny monsters can fill. My favorite part about the dvd was seeing the trailer for one of director Rick Sloane's other movies, the Visitants. Still very self parodying, but struck me as being potentially delightful, at least in comparison to Hobgoblins! 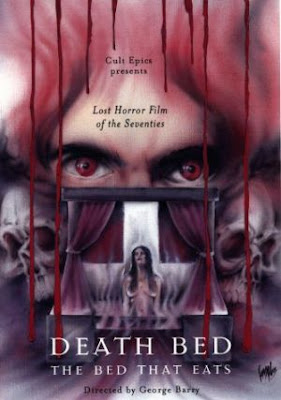 Lastly, and most enjoyably, I FINALLY saw Death Bed: the Bed That Eats. For obvious reasons I've been meaning to see this for years. Somehow, despite the plot and everything about the title being completely absurd I was still shocked at what was actually delivered. Most of it was rather painful. The narration by the man trapped in the painting was extremely difficult for me to stomach. However, the actual consumption of people and objects by the bed were so bizarre that I couldn't very well dislike this otherworldly rape of my senses. The nonchalant behavior of the victims, particularly the skeleton hands guy. SKELETON HANDS. If there's any one thing about the movie that sold me on it was those goddamn skeleton hands. I don't know how to make you understand the power these skeleton hands had over me but I might just change my name to "Skeleton Hands", for the purpose of naming my first child "Skeleton Hands" Jr. so you understand the gravity of this situation. The film attempted some sort of demon possession story line and whatnot, but everything about it was so completely devoid of any substantial foundation that a movie, even a b-movie, necessitates that it TRULY boggles the mind. It's so shocking it makes me create really long run on sentences because, like the film, I have no idea how to come to any reasonable conclusion about reality or my life or how things like this are even made. It will make you question yourself and your standards. It will send you spinning uncontrollably into a quagmire of disillusionment and self deprecation. But mostly, it will just make you wonder how you sat through the whole thing. And how for some reason, you still loved it. 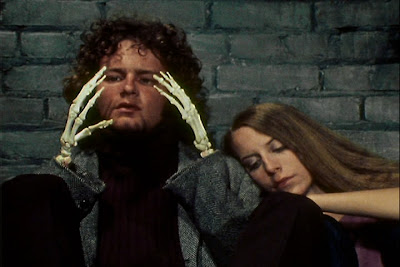 That's it for now. I'm starting to get arthritic pains in my skeletons hands. More soon. Stay cool.
Posted by Scumbalina at 7:31 PM