I'm trying to watch 365/365 this year. I was way behind schedule for about a month and a half when I was transitioning between jobs. Now that things have leveled out I've made it a personal goal to catch back up. That means watching on average two movies a day, and I'm almost all caught up. When I started I was around 50 movies behind, now I only have 7 to go! Some days when I'm in the right mood and have nothing else going on I can marathon 4 or 5 movies which has helped me catch up alot. I'm kind of just rambling here but my point is, I'm watching a lot of movies in rapid succession.

You may have noticed that I added some categories to the side panel. I'd like to keep adding them as they develop. I put Mini Reviews at the top because I've already written so many short bulk reviews. They're kind of like rant-y movie journal entries, which is fun for me. Also, it's impossible to review ALL of the movies I watch. Maybe some writers could do it but it takes me too long just to crank out one. At least with mini-reviews I can mention a few other goodies that I didn't have the time or the mindspace to write full reviews for.

One recent treat I had the pleasure of seeing was 7 Lucky Ninja Kids. A Taiwanese all-kid kung-fu comedy from 1986. A friend had recommended it to me a while back, so when I saw it at the video store with the tagline "Awesome Skateboard Riding, Pizza Eating Group of Mini Ninjas!" - I knew it had to be mine. It seemed to be set in a world where it was ok for adults to punch kids in the face. The 7 kids are apart of some kind of ass kicking brigade and there's not a parent in sight. They get mixed up a diamond heist which leads to lots of Home Alone-esque kid vs. robber action. There's tons of copyright infringement going on with the soundtrack too. Amidst the flying kicks you'll catch snippets of pop songs and film scores. I definitely heard John Carpenter's Halloween theme a few times awkwardly placed in a fight scene. It reminded me a little of Sammo Hung's "My Lucky Stars" only with kids and less small-dick jokes. It was a lot of fun though I must say, the only real disappointment was the lack of skateboard riding or pizza eating. That was completely misleading. 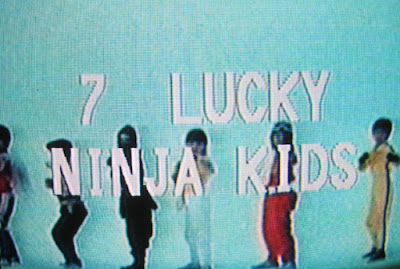 I discovered a bizarre little short film called The Godfarter 3 which was actually a homemade SOV screen test for gonzo actor Timothy Carey in attempt to get cast in the Godfather part III. Despite his respectable career featuring roles in the Wild One, Paths of Glory and the Killing of a Chinese Bookie, he's perhaps best known for his magnum opus, which he wrote directed and starred in, the World's Greatest Sinner. It could also be accurately described as the world's greatest vanity piece! With its absurd plot and his unusual acting style it's truly an inspired cult masterpiece. The Godfarter 3 on the other hand is a train wreck. If you're blinded by Carey fangirlism like me, you'll get a kick out just seeing him deliver stagnant lines over blaring opera music and making terrifying faces into the camera. The film itself is only 7 minutes long but afterwards there's an additional 15 minutes or so of interview footage which was far more entertaining. Apparently Francis Ford Coppola wanted him for the first two Godfather's but he turned it down saying he'd only be doing it for the money. So in turn he requested an enormous amount if he were to actually accept the role (make sense? not really). Coppola was no longer interested. One of the most infamous Carey stories is that during on the of the readings he pulled a gun out of a lunch box and shot both Francis Ford Coppola and Martin Scorsese with blanks. He was promptly escorted off of the property. 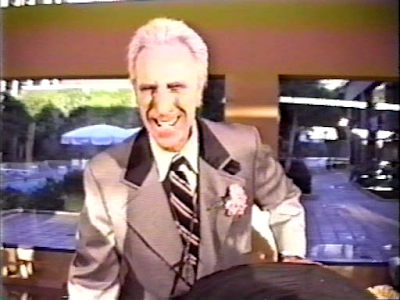 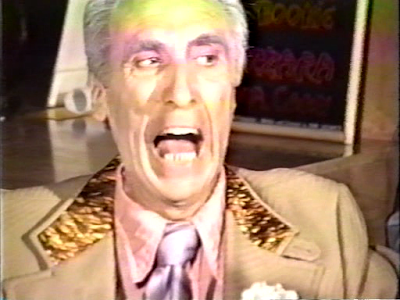 Another bit of outsider cinema I had the pleasure of experiencing was "The Goddess Bunny Channels Shakespeare". I found it on VHS at Poo-Bah records inside the box for ANOTHER Goddess Bunny movie called "The Ma Barker Story" (which appears to be autographed though I can't make out the name). I was disappointed that it wasn't the right movie but since it was still Goddess Bunny, I got over it quick. If you're unfamiliar with Goddess Bunny do yourself a favor and youtube her. She was a famous drag queen from the 80's/90's who had suffered from Polio as a child which made her spine underdeveloped. Her performances are quite a spectacle. When I saw her most famous video simply titled "The Goddess Bunny" years ago, it wasn't something I would soon (or ever) forget. Stumbling upon what appears to be a legitimate independent release of one of her films is pretty much the find of a century. It's mostly her, and some fellow performers/friends drunkenly reciting Shakespeare (and then some other play which I'm pretty sure is not Shakespeare). Much like the Godfarter 3, it's an odd character study that would probably only be enjoyed by big fans or a glutton for punishment. You've been warned. 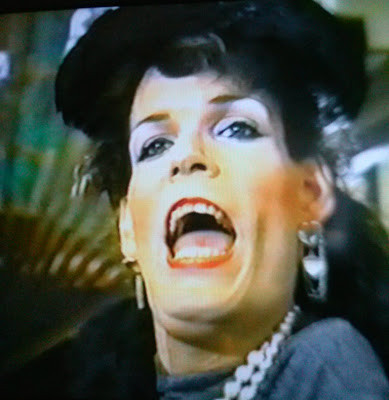 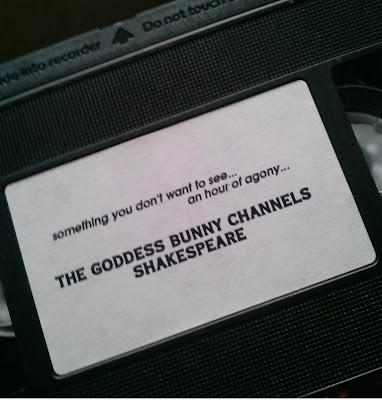 I finally saw the candy colored phallus in wonderland , Pink Narcissus. Some serious queer arthouse action. A vast rainbow of pearls, chiffon and boners. Stylistically reminiscent of Kenneth Anger's work (though much more Homo-erotic, as I recall Anger's work being a bit more subtle), it's basically an extended sexual fantasy of one man dreaming of an arabesque garden of other perfectly endowed men. Clocking in at 71 one minutes, I felt it could have been a little shorter. With no real narrative, just high octane sexually driven visuals after about 45 minutes you're kind of ready for the end. As it is, I'm ready for this review to end. 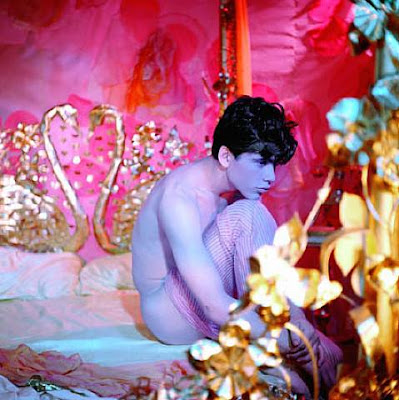 That's it for today kids. Until next time...
Posted by Scumbalina at 7:33 PM